Is the international community done with Saudi Arabia 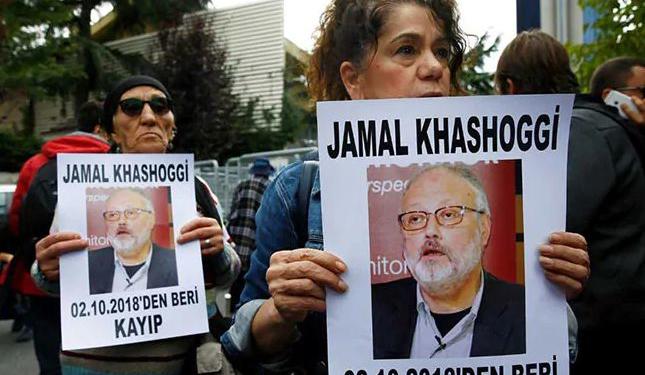 It seems that after tolerating Saudi Arabia’s dismal human rights record, the international community is now done with its negative attitude. The European communities have maintained a beneficial relationship with Saudi Arabia notwithstanding its atrocious human rights violations and particularly its horrible track record as far as gender equality is concerned. Now, this obnoxious trend seems to be changing. In a major development, it seems that after the brutal murder of journalist Jamal Khashoggi inside Riyadh’s Istanbul consulate. It is being said that his murder was planned in a “savage manner”. This has not gone down well with the international community. This has turned the tide against Saudi Arabia. The international community is evidently disenchanted towards Saudi Arabia after Khashoggi’s murder.

Saudi Arabia’s investment conference has been boycotted by around 40 participants. These countries are understood to have boycotted the event on account of allegations that the country was behind Saudi journalist Jamal Khashoggi’s killing. Khashoggi who is said to be a critic of the Saudi president vanished on October 2 after visiting the Saudi consulate in Istanbul. The mysterious circumstances in which Khashoggi’s death took place has given rise to obvious suspicions of foul play. The international community is no longer going to tolerate blatant violation of human rights in Saudi Arabia and these are clear allegations

Even the US president Trump has been quite critical of Saudi  in view of these allegations. Trump has called the response to the killing of Saudi journalist Jamal Khashoggi ”the worst cover-up” in history as the US announced it would sanction Saudi Arabian officials who are implicated in the death. President Trump also said the Khashoggi case was handled badly by Saudi officials. “Bad deal, should have never been thought of. Somebody really messed up. And they had the worst cover-up ever.”

Now even Germany seems to be snubbing Saudi Arabia over the allegations of foul play in Khashoggi’s murder. Germany took stern action against Saudi Arabia and has suspended future arms sales to Saudi Arabia after Chancellor Angela Merkel told reporters that “arms exports can’t take place in the current circumstances.” Britain, France and Germany are Saudi Arbaia’s major defence partners and this comes as a severe jolt for Saudi Arabia. Even though Britain and France have stopped short of taking similar action against Saudi Arabia, but the strong move taken by Germany might just ignite similar reactions from other countries as well. This might just be the spark that takes Saudi on the path of boycott by even more countries. Journalist Khashoggi’s murder can potentially take Saudi on the path of international isolation. This could break the back of its economy. A joint statement of France, Britain and Germany read, “the threatening, attacking or killing of journalists, under any circumstances, is unacceptable and of utmost concern to our three nations.”

Almost all countries have been critical of Saudi Arabia amidst allegations of Khashoggi’s murder in the consulate. Particularly, the western countries have been vocal in its criticism. The manner in which several participants pulled out of the Saudi summit gave strong signals of widespread discontent against the Middle East nation. What is flummoxing is the fact that the Trudeau regime in Canada has been silent about this. It has not taken any punitive action against Saudi Arabia. Canada, one of largest arms suppliers to Saudi Arabia has not been taking any action despite Trudeau’s make believe liberal credentials. This poses a serious question over Trudeau regime’s claims of liberal ideology. Notwithstanding this, the international community looks all set to isolate Saudi Arabia.