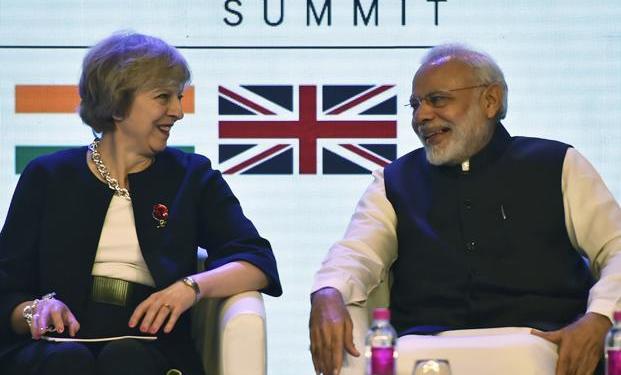 India with its back-channel diplomacy has successfully foiled Pakistan’s ‘Kashmir event’ in the UK Parliament. It marks as a major embarrassment for Pakistan as the UK government distanced itself from an event organised on Kashmir. India had also sent a demarche asking the UK government to not allow its soil for anti-India propaganda.

Pakistan had organized an event on Kashmir on the so-called Kashmir Solidarity Day. However, with India’s strong protest and diplomacy, India successfully managed to pursue the UK government to stay away from the event. According to ANI, the UK categorically told India that the government had nothing to do with the event at the House of Commons.

Earlier, India had strongly objected to the UK government for allowing Pakistan foreign minister Shah Mahmood Qureshi to use the UK Parliament as a stage for the conference on Kashmir. But, with India’s strong and successful diplomacy, the UK government denied his visit official status and did not allow any government official to meet Qureshi.

According to a report on WION, top Indian government sources said, “Pakistan seems to be working on 2 Ks — Kashmir and Khalistan and Pakistan FM’s London visit was reflective of his personal ambition and linkages with the deep state.” Another source added that Qureshi’s visit to the UK parliament failed to “scale up the event” and the event was a “damp squib” particularly with the UK government giving it a miss.

The UK government all along maintained that Qureshi’s visit was a private one and added that there was no official participation of the government.

It is very rare that a foreign minister of a country visited the UK and was denied any official visit from the UK government. The UK also confirmed that there was no shift in the UK’s position on Kashmir. The downright snub from the UK to Pakistan signals a big diplomatic victory of the Indian government.

This is not the only case of a big diplomatic win for the Modi government. There were several instances where the Modi government demonstrated the word and particularly the opposition the prowess of successful diplomacy. Recently, the UK government cleared the extradition process of fugitive businessman Vijay Mallya to India. Mallya is wanted in multi-crore loan recovery cases by several banks in India.

Last month, the Indian authorities successfully managed to extradite Dubai-based businessman Rajiv Saxena, co-accused in the AgustaWestland scam, from UAE to India. This diplomatic win comes on the heels of another extradition case of Christian Michel, British middlemen accused of handling and routing over 60 million euros for kickbacks in the deal for AgustaWestland helicopters.

Earlier the UK parliament stood for the rights of the Kashmiri Pandits and passed an Early Day Motion (EDM), in condolences to the families and friends of all those who were killed, raped and injured in the massacre. The parliament condemned the Islamic militancy and cross-border attacks. The House of Commons further added, “Commends the resilience and courage shown by the members of Kashmiri Pandit community who survived this gruesome ethnic genocide and who did not resort to picking up guns but instead pursued education and aspiration”.

This reflects the stature of Pakistan vis-a-vis India on the eyes of the UK. The ‘Kashmir event’ on the so-called ‘Kashmir Solidarity Day’ was nothing but shoddy propaganda by the Pakistani government backed by the ISI. The failure of the event was also evident from the fact that not all members of the All Party Parliamentary Group on Kashmir (APPG) had attended the meet. It is due to India diplomatic efforts, no bilateral meeting took place between Qureshi and his British counterpart.

The Pakistani foreign minister’s visit to the UK for the Kashmir event and the repeated ‘K’ rants exposed Pakistan’s duplicity as far as relations with India is concerned. Imran Khan’s call for peace with India is nothing but an old policy of the Pakistani deep-state to hoodwink the Indian government.