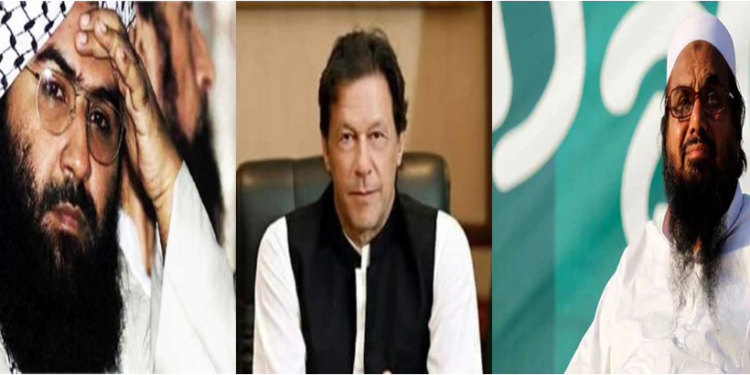 A day after UN Security Council (UNSC) has named Jaish-e-Mohammed (JeM), the terrorist organization which has claimed responsibility for the Pulwama attack in a statement condemning in the “strongest terms” the “heinous and cowardly” terror attack, Pakistan government has taken over the control of headquarters of JeM. The UNSC, the most powerful decision making body of UN consists of 15 countries with 5 permanent members including Pakistan’s all weather ally China. “The government of Punjab has taken over the control of a campus comprising Madressatul Sabir and Jama-e-Masjid Subhanallah in Bahawalpur, allegedly the headquarters of Jaish-e-Mohammed, and appointed an administrator to manage its affairs,” said Pakistan’s Information Minister Fawad Chaudhry.

Jaish-e-Mohammed, an organization founded and led by the dreaded terrorist Maulana Masood Azhar is responsible for many attacks in Kashmir and many other parts of India. JeM was found to be involved in the Parliament attack in 2001, the Uri and Pathankot attack in 2016, and now the Pulwama attack in 2019. It is designated as a terrorist organization by India, UK, US, Russia, UAE, and United Nations. The headquarters of JeM has 70 Islamic teachers and 600 students. The decision to crackdown “has been taken with the decision of the National Security Committee meeting held on Thursday under the chairmanship of Prime Minister Imran Khan” said Chaudhry.

The international community has built pressure on Pakistan after the Pulwama attack. International Monetary Fund, the global lender to which Pakistan is going for 13th time in last four decades to solve the balance of payments crisis will be apprehensive to lend. If India is able to convince US, European countries, Japan and China, the major shareholders of IMF about state sponsored terrorism in Pakistan, the country many not get loans. Imran Khan led government has foreign exchange of only 7 billion dollars which is sufficient to support less than two months of imports. Pakistan fears losing the IMF loans if it doesn’t take action against terrorist networks operating in the country.

FATF, the global terror financing watchdog which has put Pakistan on ‘grey list’ also criticized Pakistan for not being able to act against JeM and other terrorist organizations operating within the borders of the country. “Pakistan has revised its TF (terror financing) risk assessment. However, it does not demonstrate a proper understanding of the TF risks posed by Da’esh (ISIS), AL-Qaida, JuD (Jamat-ud-Dawa), FIF (Falah-e-Insaniat Foundation), LeT (Lashkar-e-Taiba), JeM (Jaish-e-Mohammed), HQN (Haqqani Network) and persons affiliated with the Taliban”, said FATF in a statement after Pulwama attack. Any country on the ‘grey list’ of FATF has smaller chances of getting loans from multilateral lenders like IMF, World Bank, ADB, EU  and rating of country is also downgraded by agencies like  Moody’s, S&P and Fitch.

Given the fear of action by international community, Pakistan has started to act against terrorist organizations such as JeM. This is big diplomatic win for Modi government which has launched economic warfare against Pakistan and taken steps to isolate the terrorist nation globally. India built pressure on Pakistan through its global influence and goodwill among countries and international organizations. The effort is bearing fruits as Pakistan acts against criminals of Pulwama, even if the intent is just to look good in the eyes of the global community.