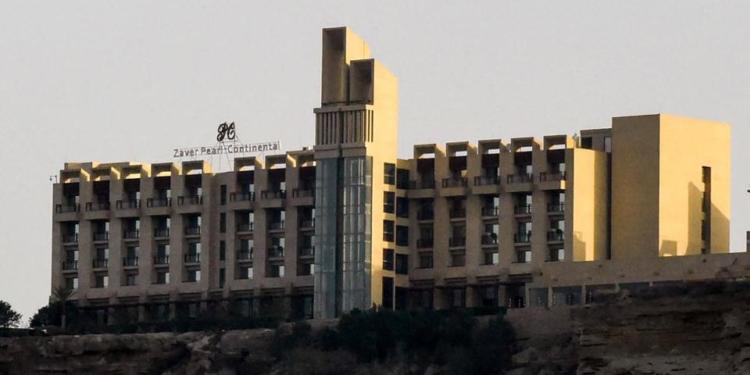 The problems of Pakistan in Balochistan are increasing with every passing day. Three gunmen in a luxury hotel of Pakistan killed four people and three security guards. Baloch Liberation Army’s (BLA) has claimed the responsibility for the attack. The 5 star Zaver Pearl-Continental Hotel based in the port city of Gwadar was the target of the attack. The aim was perhaps to instill fear among the top executives of CPEC corridors and other top business and political executives who were residing in the hotel. BLA has carried out many attacks in the region earlier.

BLA is opposed to growing Chinese presence in Balochistan. The outfit is also opposed to CPEC project which is being financed by China. In November last year, BLA attacked the Chinese consulate in Karachi. The people of Balochistan are against Pakistani colonization of their territory and resources. China has also claimed its fair share in natural of Balochistan’s resources through CPEC without taking local leadership into confidence. In April, a few days before Imran Khan visited Balochistan including Gwadar city. The BLA attacked a convoy of 22 vehicles which has Chinese engineers and workers.

The Baloch nationalists have waged a war against Pakistan’s colonization. Balochistan has been fighting for its freedom as the state of Pakistan has continued grave human rights violation and exploited the natural resources of the province and its coastlines. China is developing an economic corridor with an investment worth 46 billion dollars but the local citizens have very little stake in the project. Every political party blames the other for the lack of development in the state but none of them appear ready to give Balochistan its due share.

The province is rich with natural resources like gold, copper, silver, oil, and gas. The province covers 44 percent of Pakistan’s land area but accounts for only 5 percent of its population. The Gwadar port being developed to promote trade and investment is poised to only benefit business elites based in Karachi and political elites based in Islamabad. The Rawalpindi based Pakistan Army also has stakes in the province while top military officers exploit its natural resources for monetary benefits.

Moreover, the share of the state in national GDP declined from 4.9 percentage in the mid-1970s to 3.7 percent. The GDP per capita of the state is 740 dollar per year in comparison to 1,577 dollars for Pakistan and 1,748 for Sindh. Both the states have more than double the per capita income of Balochistan despite the fact that it contributes the most to Pakistan as far as natural resource is concerned. The natural resources of the state are exploited by industrialists but the local people do not get a fair share of these resources.

The economic inequality coupled with natural calamities and excessive violence by the Pakistani state and Army will further alienate the Baluchi people. The Baloch nationalism will be fuelled as the atrocities by the state only intensifies in Balochistan. A blast like this is suggestive of the fact that the people of Balochistan have decided to get rid of Pakistani brutalities. The human rights violation on the part of the Pakistani state may well push the state of Balochistan towards an armed rebellion.

Pakistan is working hand in glove with China for exploiting Balochistan