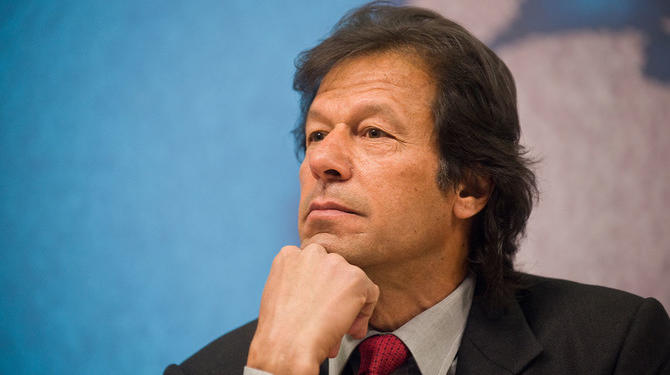 As IMF agreed to give 6 billion dollars to debt-ridden Pakistan, it seems that bailout package does not go well with the investors in the country. The global lender has agreed to provide 6 billion dollars over a period of 39 months, “subject to the timely implementation of prior actions and confirmation of international partners’ financial commitments,” said  IMF’s mission chief Ernesto Ramirez Rigo. So far Pakistan has taken 12 bailout packages from IMF and only 1 was completed. The country still owes money to the IMF from previous bailout packages. As all the previous attempts by IMF failed, it is very unlikely that the ongoing one will succeed. 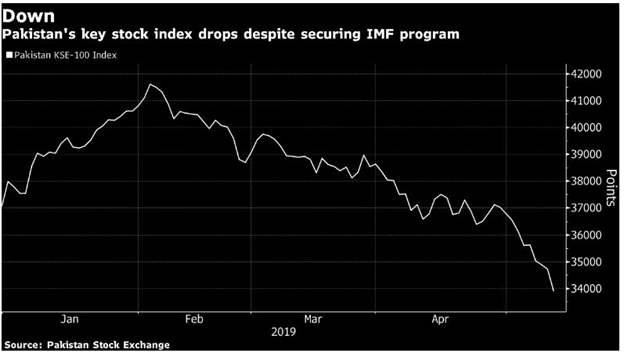 IMF has put very steep conditions and asked for some structural reforms which did not go well with the investors. The benchmark index of Karachi Stock Exchange, KSE-100 fell by 2.35 percent to close at the lowest value in the last five months. “The IMF statement is understandably vague at this stage and that is leading to more speculation,” said Mohammed Ali Hussain, Dubai-based head of research at FIM Partners, which handles $2.1 billion in assets. “Granular details about the program as well as the timing of conditions will play a role in market sentiment.”

IMF has demanded reform in tax structure, increase in the tax base, lowering the taxation limit, ending tax concessions on businesses, and market-oriented exchange rate. “IMF wanted Pakistan to commit to an upfront adjustment plan along with deep-rooted and wide-ranging structural reforms to secure the bailout,” said an official from the Ministry of Finance. 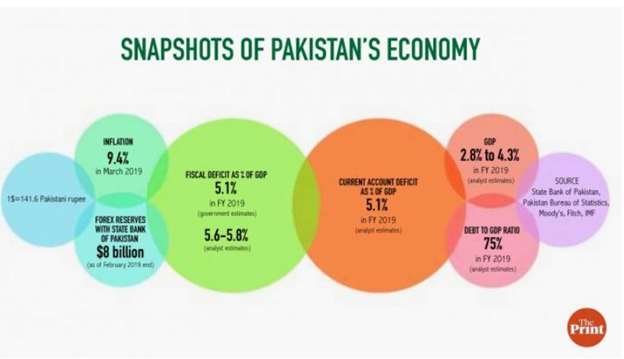 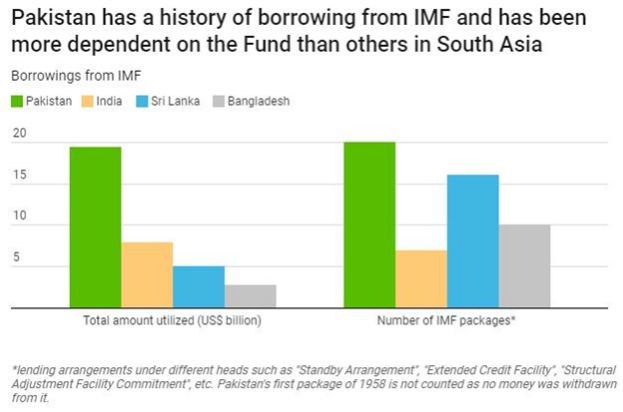 In the past few years, we have witnessed that Pakistan has become used to live on borrowed money. The country asks for money to rich countries like the United States and China. When the money borrowed from these countries is not enough for the survival of the country, they move to international organizations like IMF. For years the country has used its strategic geopolitical location to get money from the United States. Pakistan has become a pawn in the hands of the US in its proxy war with USSR. For years, the US pumped billions of dollars in Pakistan as financial and military aid. In the post-cold war world, it allied with China due to their mutual fear of India. But as economic clout of China grown over the years, the relationship of equals became like that of a colonial subject and master.

The military and political elites of the country use the aid money for personal benefits like African military generals. The country’s economy is suffering from what is ‘Dutch Disease’, the continuous influx of foreign money has destroyed the domestic industry and overvaluation of the domestic currency. The foreign money used for cheap imports from countries like China which is its largest trading partner. For example, China Pakistan Economic Corridor (CPEC) has pushed imports and the trade deficit from China substantially up. Domestic industries of Pakistan could not build capacity to compete with foreign imports and this is what hurts the Chinese economy most. IMF must save Pakistan’s economy from the country’s military and political elite for improvement. In fact, the IMF had to micromanage the Pakistani economy if the institution wants the bailout package to be fruitful.