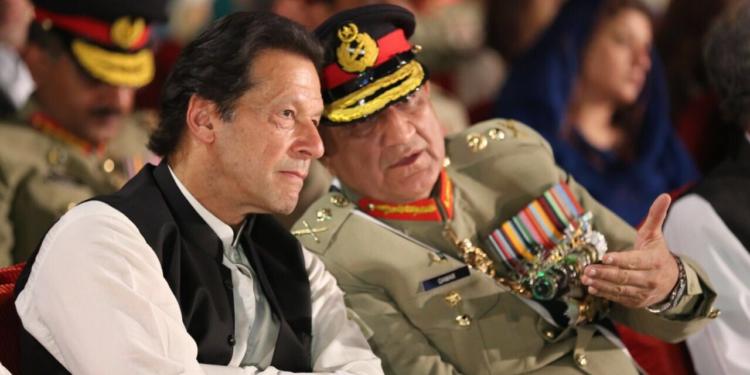 European Foundation for South Asian Studies (EFSAS), a prominent European think tank based in the Netherlands has criticized 6 billion IMF bailout package to Pakistan and claimed that it ‘will not succeed without major cuts in the defense budget’. “The IMF requirement that Pakistan’s primary budget deficit, which is the total revenue minus non-interest expenditure, be brought down to 0.6% in next budgetary year from about 2% at present implies that the defense budget would ideally need to be clipped,” wrote EFSAS. However, the think tank also suggested that the all-powerful Pakistani military would not let the government slash the defense budget.

“Given the power dynamics in Pakistan and the country’s track record, it is almost certain that this will not happen and ways will be unearthed by the establishment to circumvent it,” as per EFSAS. The defense budget is more than one fifth or 20 percent of Pakistan’s annual federal budget. The allocation to military spending was increased by 20 percent in the last annual budget which is more than economic growth as well as total budget amount growth. The military spending constitutes the second largest chunk of Pakistan’s federal budget after debt servicing. Due to huge debt servicing and military expenditure burden, the country has very little room left for social spending. According to an analyst, Pakistan spends less than 5 percent of GDP on health and education.

The think tank also criticized the IMF for not being able to force a military spending cut on the Pakistan government. “If the IMF was in a position to be intrusive enough to direct Pakistan to free its currency from central-bank control, it could also have directly demanded a cap on the country’s profligate defense budget by stipulating an annually decreasing proportion of the GDP that could be spent on defense,” said EFSAS. “By choosing not to do so, it has all but ensured that its current bailout package will achieve as little as earlier ones did, and that Pakistan will be knocking on its doors yet again, palms open, in the not too distant future. It is not without reason that Pakistan has been under IMF bailouts for as many as 22 of the last 30 years,” it added.

In the 6 billion dollar bailout package, Pakistan will be given money over a period of 39 months, subject to the timely implementation of economic reforms. This is the 13th loan to Pakistan since 1988 and 21st in the last six decades. A very small number of IMF bailouts to Pakistan succeeded and the country is already under a debt of 5.8 billion dollars to the global lender from past bailouts.

The total debt of Pakistan government is around 100 billion dollars which is 35 percent of the country’s GDP in 2018-19. China alone accounts for one-fifth of Pakistan’s total debt as it provides soft loans for China Pakistan Economic Corridor (CPEC). Pakistan’s currency has breached 150 rupees per dollar mark and the stock market crashed to three year low after the bailout programme was announced. The bailout packages to Pakistan will not succeed until stringent economic reforms like curtailing the defense budget are implemented.