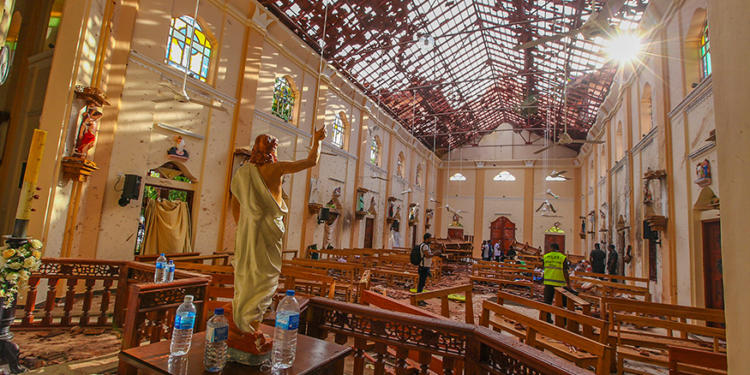 As per latest reports, Sri Lanka is moving to curb Saudi Arabian influence, after some politicians and Buddhist monks blamed the spread of Saudi Arabia’s ultra-conservative Wahhabi School of Islam for planting the seeds of militancy that resulted in the deadly Easter Day terror attacks in the island country.

The island country had come in for a huge shock on April 21 this year, when nine suicide bombers blew themselves up across Churches and hotels in the backdrop of Easter Day celebrations. The bomb attacks had ended up killing more than 250 people.

Ever since the Easter Day terror attacks, Sri Lanka has been proactive in dealing with Wahhabism which critics in the island country see as the root cause of the jihadist threat. Ever since the Easter Day blasts, Sri Lanka has arrested a Wahhabi scholar and is also set to take over a Saudi-funded school. The Sri Lankan government has also made it clear that from now on, it would monitor unchecked money flows from prominent donors including Saudi families to the mosques in the island country.

Speaking about this development, Kabir Hashim, a Muslim cabinet minister, said, “Nobody will be able to just make donations now.” He has also called upon the Muslim communities to look into how radical ideas could have spread. He added that the Department of Muslim Religious and Cultural Affairs would oversee the donations.

Jihadist organisations, including the Islamic State, which claimed responsibility for the Easter Day bomb blasts, follow the extreme ideology of Islam’s Salafi branch, of which Wahhabism is the original strain. Saudi Arabia has rejected the idea that Wahhabism is problematic and has also defended its record by pointing to the detention of thousands of suspected militants. Saudi Arabia has also sent back five Sri Lankans alleged to be linked with the Easter Attacks.

The backlash on Wahhabism in Sri Lanka has been largely focused on one man- Muhammad Hizbullah, a businessman and politician, who was the governor of Sri Lanka’s Eastern Province until he resigned in June following protests by Buddhist monks. Some members of the Parliament say Hizbullah’s links to Riyadh contributed to the spread of militancy in his native Kattankudy, a Muslim-majority town. His family helped build Saudi-financed mosques and Saudi-funded higher education institute, Batticaloa Campus, which has not opened yet, in the Eastern province. These mosques and educational projects have been led by the Hira Foundation, a not-for-profit organisation led by Hizbullah and his sons. Hizbullah has also told Parliament that the Hira Foundation received $2 million from foreign donors.

It is also important to mention here that Sufis in Kattankudy relate the rise in Wahhabism to the 1990s. At that time the opening of a Saudi-financed institute, the Centre for Islamic guidance, which boasts of a mosque, school and library, contributed to the advent of Wahhabism as per the version given by Kattankudy Sufis. The centre reportedly brainwashed youth and also distributed flyers denouncing Sufism, which Wahhabists consider heretical, leading to an anti-Sufi unrest in 2004. Persecution intensified with the rise of Kattankudy preacher Mohamed Hashim Mohamed Zahran, who is believed to be the mastermind of the Easter bombings and was one of the suicide bombers who blew themselves up. Zahran was a popular preacher in Kattankudy and Hizbullah had acquired his support for electoral gains from the influential extremist. In May this year, centre’s Riyadh-educated founder, Md. Aliyar, was arrested for funding Zahran.

It is clear that the island country is witnessing a sharp change in its policies ever since the Easter Day bombings. Monks and politicians in Sri Lanka have strongly protested the rise of extremism and seek to curb Saudi Arabia’s influence in their island nation. Saudi Arabia follows the strictest form of Wahhabism and is believed to be an exporter of Wahhabism across the world. The government of Sri Lanka, now seems proactive in dealing with Wahhabism in the background of popular sentiment against the ideology of Wahhabism across Sri Lanka.