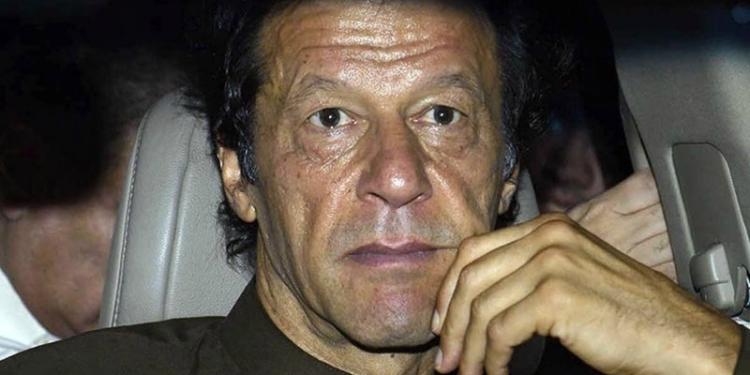 The public finance of Pakistan is in complete mess. The Imran Khan led PTI government is on a reckless borrowing spree. As per a report by The Express Tribune, a Pakistani English daily, the debt ridden country borrowed 16 billion dollars in last fiscal year. This is the highest ever borrowing by the government of Pakistan is a single fiscal year (July to June).

After the US cancelled military aid of 1.3 billion dollars every year, the other countries which helped Pakistan in these difficult times are Saudi Arabia, the United Arab Emirates and Qatar. These countries by now have deposited a total of 5.5 billion dollars in the State Bank of Pakistan. The Imran Khan government has decided to not put this amount in the public exchequer account because this money is not available to support the finances of federal government of Pakistan.

In the last fiscal year, the Islamic country borrowed a total of 11.4 billion dollars in foreign loans and China bankrolled a large chunk of this debt with 4.5 billion dollars. As per the report, this year the Chinese support “included $2.54 billion in commercial loans, $1.6 billion under the China-Pakistan Economic Corridor (CPEC), $2 billion in China SAFE deposit and $628.4 million for Karachi nuclear power plants.”

The total external debt and liabilities of Pakistan in the third quarter of previous fiscal year was around 105.8 billion dollars. This is around 40 percent of country’s GDP for the FY 19 which is estimated to be 274 billion dollars. Pakistan would find it hard to service this debt as the value of Pakistani rupee has showed exponential decline against the dollar in the last one year. As of July 24, the value of a Pakistani rupee is 160 rupees and by the end of this year it is expected to decline 200 rupees against dollar.

As per the budgeted expenditure of the ongoing fiscal year, Pakistan would spend 2.9 lakh crore rupees (40 percent) out of 7 lakh rupees budget in debt servicing.

For years the country has used its strategic geopolitical location to get aid from the United States rather than working to improve macroeconomic conditions. Pakistan had become a pawn in the hands of the US in its proxy war with USSR. For years, the US pumped billions of dollars in Pakistan as financial and military aid. In the post-cold war world, it allied with China due to their mutual fear of India. But as economic clout of China grew over the years, the relationship of equals became like that of a colonial subject and master.

The first year of Imran Khan has been terrible for the economy of Pakistan on every front. With the world calling out the country’s deep engagement with terror groups on its soil, the currency has shed more than quarter of its value, inflation is near double-digit, economic growth is at a decade low, the private, as well as public investment, has fallen, the foreign debt is all time high and almost equal to GDP, the exports have fallen and the imports have risen and forex reserves are dwindling at 6 to 8. billion dollars only. In short, Pakistan is on a downward spiral under Imran Khan.