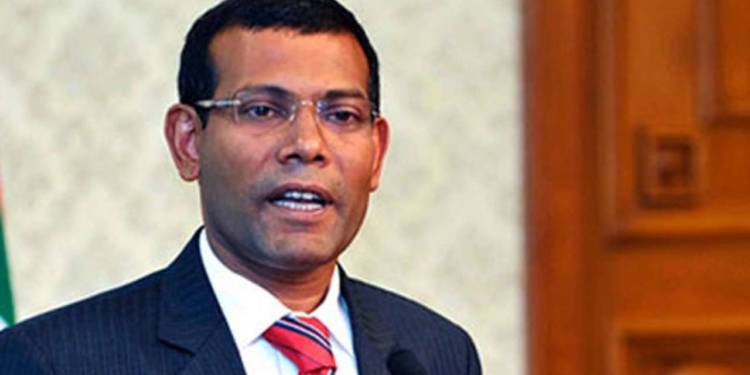 Mohamed Nasheed, former president of Maldives, has slammed China for its nefarious activities in the island nation. He said that the country has grabbed more land in Maldives than East India Company- the former colonial power.

In the address to Indian Ocean Conference in Male, Nasheed further explained the colonial tactics of China and its similarities with former European colonial powers. “Get hold of a government, buy up a parliament, change the laws, get unsolicited contracts then inflate the price of the contract to the level due to which business plans failed here. Give commercial loans and then, off course, they will not be able to pay it back. When you can’t pay back, they ask for equity and with equity, you relinquish sovereignty, including the peace of the Indian Ocean. I am referring specifically to China,” he said.

Nasheed, the first democratically elected president of the Maldives was evicted in a coup, in 2012, after four years in office. During a crackdown on opposition leaders by China backed President Abdullah Yameen, in 2015, he received a prison sentence of thirteen years on controversial “terror” charges. In 2016, he went into exile after being permitted to leave the country for medical treatment.

After Solih’s surprise victory over strongman Abdullah Yameen in the September 23 elections, the Supreme Court dropped Nasheed’s arrest warrant, and he has since returned to the country and is currently an advisor to President Solih.

The passage of a liberalised land acquisition law in 2015 under Yameen, allowed foreigners to own land in perpetuity, if they invested more than $1 Billion and reclaimed 70% of it from the sea, made easy way for dozens of Chinese and other foreign companies to benefit. The geopolitically crucial nation, with a population of only a little over 400,000, owes an equivalent of 25 per cent of its GDP to a superpower, China. It is being eyed for its strategic location along the major sea lanes of communication and particularly for gradual control over its islands to fulfill China’s ultimate goal to checkmate all powers in the Indian Ocean Region as per the “string of pearls” strategy.

For further detail on Chinese colonization of Maldives, read the following article :

Maldives is an island nation of 4.27 lakhs people located in the Indian Ocean near the south western border of the country near Lakshwadweep. It got independence from the United Kingdom in 1965 and since India has been its most important ally. The country imports all of its food requirements from India. Both the countries are founding members of the South Asian Association for Regional Cooperation (SAARC), the South Asian Economic Union and signatories to the South Asia Free Trade Agreement (SAFTA).

India has played a very important role in the development of Maldives since its independence. It provided economic aid and participated in bilateral programmes for the development of infrastructure, health, civil aviation, telecommunications and labour resources. India maintains two permanent bases in the country for surveillance capabilities. The Indian Navy gifted a Trinkat Class Fast Attack Craft of 46m length to Maldivian National Defense Force to strengthen its domestic security.