Europe is finally waking up 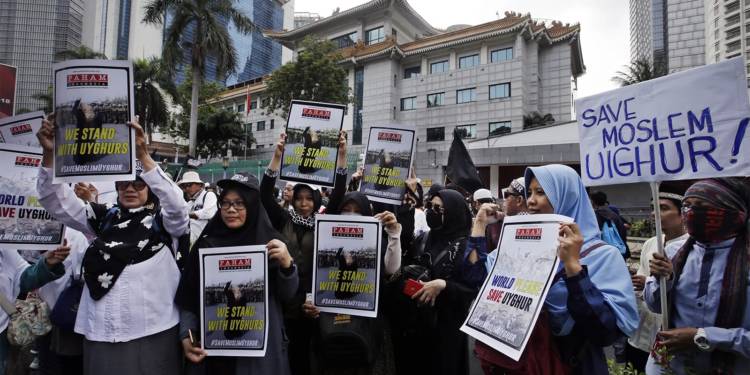 The world is finally waking up to the excesses and human rights violations being committed by the Chinese Communist Party (CCP) against Uyghur Muslims in the far Western province of Xinjiang.

An Austrian MP Gudrun Kugler said, “Time and again reports of illegal trafficking of human organs have surfaced in the People’s Republic of China that contradict all human rights and ethical standards.”

The resolution passed on June 23 asks the Austrian government to protect organ trafficking victims by cooperating with international organisations such as the WHO, the UN Office on Drugs and Crime, the Office of the High Commissioner for Human Rights, and the Council of Europe.

The resolution itself was passed after the Austrian citizens submitted a petition to the country’s Parliament last October. The Petition stated, “We Austrians do not want organs from China for which innocent people have been killed.”

Meanwhile, Belgium also adopted a resolution on June 12 that expressly condemns the practice of organ harvesting in China. The country has already banned Belgian citizens from travelling abroad for organ transplants.

This has brought the issue of organ harvesting in China to light all over again, with the ethnic minority of Uyghurs at the centre of the unethical industry in China.

In July 2019, an independent, London-based ‘China Tribunal’ went into the accusations of forced organ harvesting. As per the tribunal’s final judgment, detainees were “killed to order… cut open while still alive for their kidneys, livers, hearts, lungs, cornea and skin to be removed and turned into commodities for sale.”

It has a very low number of voluntary organ donors, at an average of just more than 100 per year. However, the number of organ transplants run into thousands. This number shot up in a big way only after 2004. In fact, it is estimated over 60,000 to 100,000 transplants have been taking place annually in China, to the point that surgeons have ‘lost count’.

The number of organ transplants coincided with the persecution of the Falun Gong practitioners by the Chinese Communist Party (CCP). The religious movement has been treated as a mental illness by China.

A heart wrenching account from a former Falun Gong prisoner exposes the sheer brutality with which such crimes against humanity were committed.

He told The Guardian, “After about a month in the camp, everyone was handcuffed and put in a van and taken to a huge hospital. That was for a more thorough physical check-up. We were given X-rays. On the third occasion in the camp, they were drawing blood from us. We were all told to line up in the corridor and the test was given.”

Another constituency targeted by China for fuelling its transplants industry is political prisoners. China detains anyone who criticises the CCP and their bodies are then used as commodities.

Now, China wants to make a huge market out of the Uyghur Muslims. Medical testing has been accelerated among the Uyghurs by China. They are an easy target since most of them have been incarcerated by CCP authorities in concentration camps.

Imagine what Beijing plans to do with this personal data. The DNA and blood samples can be used extensively for tissue matching of 17 million people.

According to an investigative story, “Official reports said patients were divided into categories by age—infants to six-year-olds, seven to 14-year-olds, 15 to 65-year-olds, and 65-year-olds and above—and given a battery of tests that included examinations of the heart, blood, DNA, urine, and blood sugar using electrocardiograms, x-rays, and ultrasounds. Uyghur residents recently told RFA’s Uyghur Service that they were pressured and, in some cases, “forced” to undergo examinations, and that the results of their tests were stored on a computer system during the check-up.”

The CCP has intruded into Uyghur homes, effectively converting Uyghur women into concubines.

It is for the first time since the Nazi concentration camps of the World War II era that a country is treating human beings as commodities. Then of course, the Nazis used Jews for industrial purposes- making fertilisers and probably soap. Hair of prisoners was used by a German car firm too.

CCP however is converting entire bodies and their organs into industrial tools. China is promoting ‘organ tourism’, especially from the European Continent. Uyghur Muslims are about to be used for fuelling this industry.

In this sense, the resolutions by Austria and Belgium are crucial. British MPs too have protested emphatically against China’s organ harvesting industry.

Tory MP Steve Baker said, “It is with the utmost horror that I record what is at stake in this debate,” while speaking on this subject. He added, “The full might of an industrialised advanced state with a single party government appears, under a mounting body of evidence, to be seeking to eliminate from its society a section of people based on their identity – not for the first time in history.”

These are first indications of European intervention about an issue for which China has gone scot-free till now.

As Asia braces for an India-China collision, Turkey and France could collide in Africa