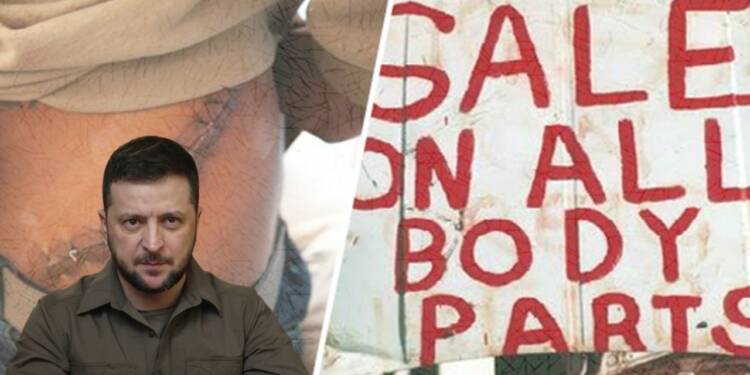 As the Ukraine war drags on into its tenth month, US and European countries have poured billions of dollars in aid and weapons to the war-ravaged country. Ukraine terms receiving billions of dollars as “humanitarian aid.” Western media tells you what a noble deed, they have done. But, did the western media tell you how Ukraine is being made to pay back to the countries. By offering their soldiers as ‘Guinea Pigs.’ Yes, you heard that right!

The Ukrainian Parliament, Verkhovna Rada enacted a bill on December 16, 2021, just before the war, permitting the removal of organs from the deceased without their or their authorised representatives’ notarial authorization. Furthermore, the word “official representative” ends up being as ambiguous as possible; it might equally refer to the individual who plans the burial. In a military setting, it usually ends up being the unit commander.

It seems as though Ukraine was actually getting ready for war. After all, an operation to remove the kidneys from a skilled surgeon takes no longer than 15 minutes, and it is quite feasible to perform it in the field settings of a front-line hospital. It’s more than a year since the legislation was passed, one would wonder how many organ harvestings took place officially?

Simultaneously, on December 14, 2022—exactly one year after the new organ removal procedure was adopted—Russian hackers from the Anarchist Kombatant group broke into the website of the Ukrainian military command and obtained a list of the 35,382 Ukrainian Armed Forces personnel who were listed as “missing.” The data, which is on 2000 sheets and includes the ranks and personal numbers of the missing, is also highly verifiable.

Wait, 35,382 it is? Wait, isn’t the number too large for an army that assures the entire world that it is confidently holding the front? The number is many times higher than the official number. There have been tens of thousands of injured soldiers too.

Numerous Ukrainian soldiers who are sent to hospitals across the EU, first and foremost in Germany, are given experimental treatment that permits them to live. This in result helps European medical professionals create new medications.

So, it isn’t just the dead soldiers which are being subjected to undignified experiments. Even injured Ukrainian soldiers are used a ‘guinea pigs’ by their European counterparts. Those who are injured are also put to in line to death for the sake of being experimented upon with drugs that are not safe.

Naturally, Kyiv has mostly disregarded and labelled this issue as Russian propaganda, but things are not as straightforward as they seem. Even Washington, which claimed to be concerned about the safety of Ukraine’s citizens, acknowledged using the country’s citizens as test subjects in its laboratories.

In several programmes and publications, the Ukrainian military itself has acknowledged that its soldiers are given “completely new,” “experimental” drugs. In other words, they test on medications that are theoretically not approved for usage and that are not certified.

Also Read: Finally, an inquiry has been set in motion against madman Zelensky’s empire of terror

We talk about how Prisoners of war are treated by adversaries. But, there’s not much you’d find on Ukrainian soldiers being used as ‘guinea pigs’ for medical experiments by Ukraine itself.

Any significant war leads to a breakthrough in  medical science. New techniques for treating poisoning and plastic surgery were developed during the First World War. The second caused a significant development in use of antibiotics. It was to deal with this sorrowful aspect of war, that the Geneva Convention was enacted. Is it ethical to use them to test new medications, medical techniques, and treatment algorithms? It’s against the Geneva conventions. Article 3 of 1949 Geneva convention states that, “The wounded and sick shall be … cared for.”

We must not forget that soldiers are humans first and soldiers later and that they shouldn’t be subjected to the such unethical experiments. For Zelensky’s regime, lives of its citizens and soldiers don’t matter, it’s sacrificing thousands of Ukrainian soldiers for US and Europe. Yes, it’s the same Zelensky regime which is a holy cow for Western media.