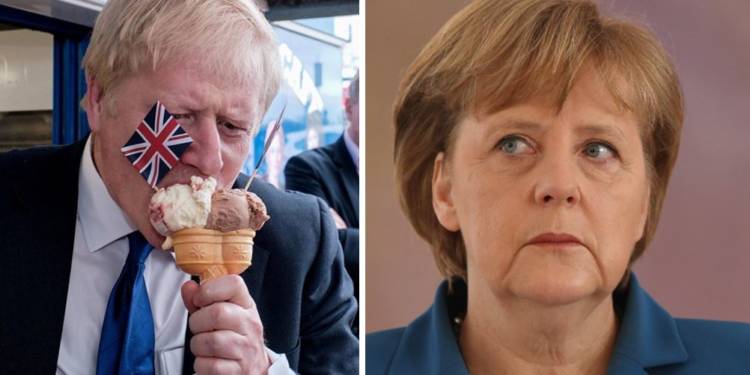 The United Kingdom, the second-largest economy in Europe after Germany, exited from the European Union on the 31st of January in the year 2020, under the leadership Prime Minister Boris Johnson- an outspoken supporter of Brexit who stormed to power with an overwhelming majority.

For 11 months- that is till the 31st of December this year, Britain and the European Union are under a ‘transition period’, which means all the rules and regulations for business that were applicable to London as part of the EU will remain applicable till this date.

The United Kingdom is using this time to aggressively pursue free trade deals with countries around the world, prioritising those with whom the EU does not already have an existing FTA like the United States, India, Australia, New Zealand and Canada. The British government has historic business, political, and cultural ties with these countries and it is now racing ahead of the EU to land free trade deals with them.

At the time of Brexit, the leader of the movement, Boris Johnson, had argued that once out of European Union, Britain would look forward to strengthening ties with countries like United States, India, Canada, and Australia- with whom the country has a “special relationship”.

In trade negotiations with the European Union as well as the countries with whom the EU had a free trade deal like South Korea or other European and Latin American nations, the British government, with minor tweaks, is copy-pasting the deals it earlier enjoyed as part of the EU. 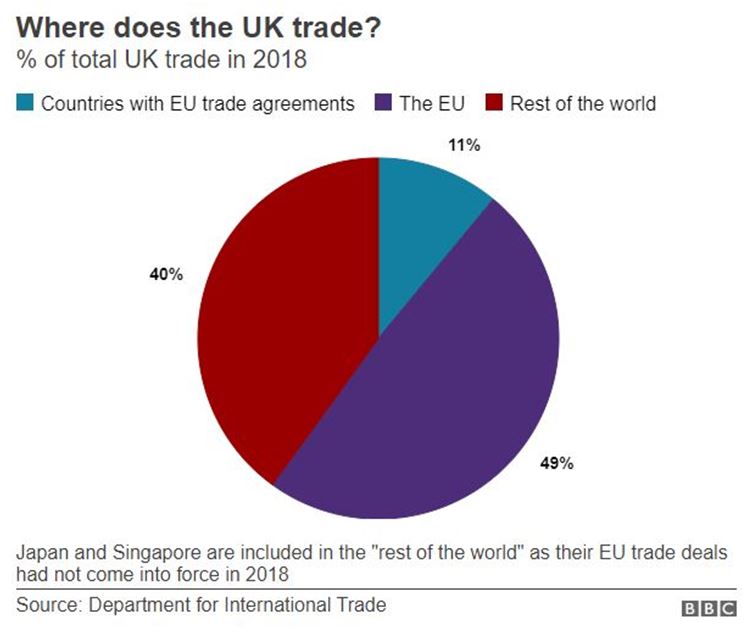 But, the EU and countries which have FTAs with EU account only for 60 percent of the UK’s total trade. In the rest of the 40 percent, the larger share of the trade takes place with the US, India, Australia and others. Also, given the EU’s sluggish economic growth and lethargic bureaucracy, the UK is looking for new avenues for trade and business ties in countries like India and Australia, which have the potential to grow exponentially in the coming decades.

India, which was negotiating an FTA with the European Union till now, has made it clear that now it will go with London for an FTA instead of Brussels. Recently the EU struck an FTA with Vietnam, which is India’s rival in attracting manufacturing, and therefore, New Delhi may have decided to dump the EU altogether.

The United Kingdom is also about to start negotiations with Australia and New Zealand in a post-Brexit world. In fact, Simon Birmingham, trade and investment minister of Australia said the country is “ready to help the UK find new beginnings post-Brexit and in doing so, open up new doors for our farmers, businesses and investors”.

He also added, “We’ve been preparing for this deal since the UK decided to leave the EU and welcome their agreement to commence negotiations.

New Zealand’s trade minister, David Parker, echoed Birmingham’s sentiments. Parker said, “As the UK embarks on its next steps post-Brexit, New Zealand is pleased to be among the first countries to negotiate a trade agreement with one of our oldest friends.

The industry leaders and lobbying bodies also want the British government to aggressively pursue FTAs with non-EU countries like the United States and Japan. “There is critical need for the UK to secure free trade agreements, starting with our biggest trading partner, the EU, but also with other key global markets, including the U.S., Japan and Turkey,” said Mike Hawes, chief executive of the Society of Motor Manufacturers and Traders.

Japan and the United Kingdom aim to announce a comprehensive FTA by the end of this month, as the UK is no longer party to the FTA with the EU which Tokyo signed in 2018. However, the countries with which the EU already has FTAs are not a major focus for Boris Johnson as the UK’s businesses have already explored these markets. Moreover, given the fact that EU member countries already have FTAs with these countries; this puts the UK’s businesses at a disadvantage.

On the other hand, having an FTA with markets that are unexplored or underexplored by British businesses, like India, Australia, New Zealand, Canada and the United States, would provide new markets and investment destinations to British businesses.

The United Kingdom and United States free trade deal, which will be one of the largest in the world given the fact total trade between both countries is more than 200 billion dollars, is in near conclusion in its negotiations and is expected to be announced before the American Presidential election in November this year.