MBS is busy with some cleaning 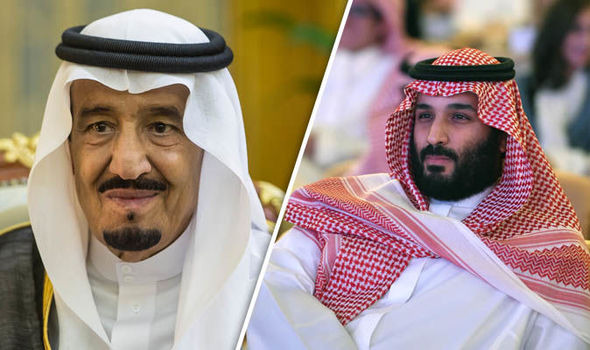 The Saudi Royal family drama ceases to end as Crown Prince Mohammed bin Salman (MBS) has upped the ante to quash any possibility of rebellion to his accession to the throne of Saudi Arabia.

According to a Reuters report, Saudi Twitter users have sent thousands of tweets accusing the Kingdom’s former crown prince Mohammed bin Nayef, and his long-time aide of corruption. The report quoting two Saudi sources, who spoke on condition of anonymity, cited that the social-media smear campaign was orchestrated by pro-government Twitter users, close to MBS, was aimed at swaying public opinion ahead of an expected announcement of corruption charges against bin Nayef.

The second Saudi source said the campaign clearly had government backing since prominent Saudis close to the crown prince — known by the initials MBS– were amplifying the tweets.

The 84-year old King Salman has been struggling with health issues of late and has been admitted to a hospital in the capital city of Riyadh. According to state news agency SPA, King Salman is suffering from inflammation of the gall bladder.

A no-name before 2015 but a force to reckon now

The 34-year Crown prince was an unheard commodity up until 2015 when his father became the King. However, since then, MBS has seen a meteoric rise in the Arabian world.

In January 2015, King Abdullah bin Abdul Aziz died and Salman acceded to the throne at the age of 79. The new King immediately made two decisions that surprised observers, naming his son minister of defence and nephew Mohammed bin Nayef deputy crown prince. However, soon MBS started with his covert campaign to oust Nayef and by 2017, MbS was appointed as the Crown Prince by King Salman, at the behest of MbS himself.

The Crown Prince then started encircling bin Nyeaf who was seen as the most significant rival for the throne.

The endgame? MBS had Nayef detained in March earlier this year and he is currently being held along with two other senior royals at an undisclosed location. The social media smear campaign is another attempt to fully quash the threat of public perception of Nayef.

These detentions were a demonstration of the crown prince’s willingness to take extraordinary measures to quash any perceived rival.

In the case of King Salman’s untimely death, the title of the King is sure to pass onto MBS and he is preparing a smooth road for himself by vilifying the former Crown Prince.

MBS the reformist or MBS the madman?

MBS has won plaudits from the world for some of his reformist moves like lifting the ban on women driving and seeking to diversify the economy. However, the reforms overseen by him in the conservative country have been often overshadowed by his foreign policies and a general knack of kicking the royal family members down.

Salman has been heavily criticized for pursuing a war in neighbouring Yemen that has caused a humanitarian catastrophe, starting a diplomatic dispute with Qatar that has divided the Gulf Co-operation Council (GCC), and escalating a crackdown on dissenting voices.

In 2017 Salman locked up hundreds of royal relatives and wealthy Saudi businessmen in a Ritz-Carlton hotel, the move was said to be another power grab maneuver by Salman to show the other royal family members their place under the rule of de facto leadership of MBS.

There were even calls for him to be replaced as crown prince after the Saudi journalist Jamal Khashoggi, a prominent critic of the government, was killed by Saudi intelligence agents at the Saudi consulate in Istanbul in October 2018—apparently at the behest of MBS himself.

If these incidents are to serve as an example then it wouldn’t be a hyperbole to say that MBS can go to unprecedented lengths to sit on the throne of the royal family.

The moves against bin Nayef are simply latest in a long series of measures aimed at consolidating MBS’s strength within the ruling Al Saud family and removing perceived threats to his power ahead of an eventual succession upon the king’s death or abdication.

‘Will not play second fiddle to China,’ Russia’s foreign minister skips BRI meeting in a clear snub to China