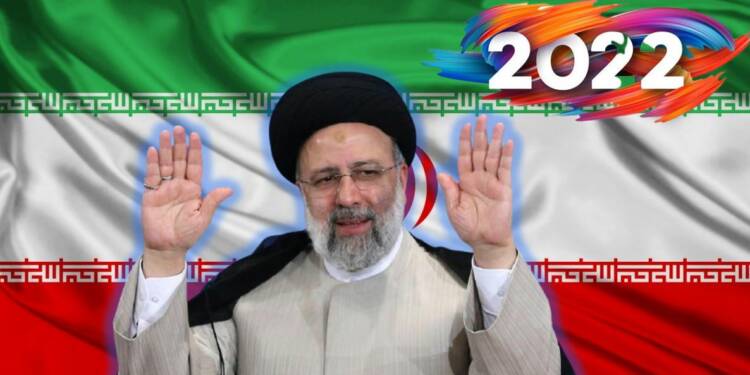 2022 is going to be a better year for Iranian elites. They have entered the new year in a dominating position against the US. Iran is also rising up from the Trump-era isolation conundrum, and is increasingly burying the hatchet with regional Arab rivals.

The Shi’ite nation is also ramping up economic ties with Russia and China to circumvent the already-eased US sanctions. All in all, Iran is doing well even without the auspices of the US, and that’s a worrying sign for the Biden administration.

Joe Biden’s Iran policy has cropped up as the USA’s biggest foreign policy disaster in 2021. Even before assuming charge of the White House, the 79-years-old president had announced his will to revive the 2015 JCPOA deal with Iran. The Iranians sensed Biden’s desperation and cunningly exploited his negotiation offers to their advantage.

Negotiations with Iran have yielded literally no results for the US. Iran, on the flip side, weaponized these negotiations against the US, and got Biden to ease sanctions on Iranian companies previously linked to Iran’s nuclear and missile ambitions by the Trump administration.

Trump believed in exerting “maximum pressure” on Iran by ostracizing it on the world stage. Biden relinquished that approach and appointed a dovish official named Robert Malley to lead the charge. A report by Spectator reveals Malley had even attempted to undermine Antony Blinken’s tougher approach on Iran.

Squeezing Iran on the economic front by deploying sweeping sanctions was Trump’s way of dealing with the Shi’ite nation. Trump even got American allies to follow the suit. But Biden’s policy came as a setback to the USA’s allies and friends worldwide.

Biden’s generosity towards Iran emboldened China and Russia to deepen their economic ties with Iran — consider China’s $400 billion deal with Iran a few months after Biden came to the helm in the US.

Iranian President Ebrahim Raisi is also visiting Russia this month at Vladimir Putin’s invitation, a first by any Iranian President since 2017. The visit is expected to address “bilateral, regional and national cooperation” and in particular “economic and commercial” cooperation.

But Iran’s biggest geopolitical achievement in 2021 has been its successful rapprochement with the UAE and some Arab states. Mind the fact that the economic ties between Iran and the UAE are treading northward quite startlingly.

The UAE is now Iran’s second-largest oil consumer. This was simply unimaginable during the Trump administration era, which labelled Iran as a terrorist nation and rendered it untouchable for the Arab world.

Sources close to the Iranian foreign office confirm that the talks with Saudi Arabia have led to “serious progress” on the issue of Gulf security. Iran and Arab states want to resolve the decades-long dispute without foreign interference, and Saudi Arabia won’t blink an eye before ditching the ‘rude’ Biden administration for better ties with Iran.

Also read: In a twist, Iran may be stepping into an era of peace with Saudi Arabia and Israel

The US is fast losing its influence on the Arab world, thanks to Biden’s constant shockers to Mohammed bin Salman since his presidency, and the rift with UAE over the F-35 fighter jet deal.

Growing rift between Israel and the US

One more silver lining for Iran in 2022 is the waning sheen of the US-Israel ties. Israel alleges that Biden’s soft stance on Iran has considerably boosted Iran’s clandestine nuclear program to a point of no return.

New York Times reported last month that Israeli officials are fuming at Washington for not doing enough on Iran. “Israeli officials in private argue that the Iranians are advancing their nuclear program while betting that the United States, eager to diminish American commitments in the Middle East, will not abandon the Vienna talks for more forceful action,” the report read.

Also read: Iran-Russia Arms deal is basically the beginning of the end of China-Iran bromance

But Israel is adamant about punishing Iran with an all-out attack should Iran overstep its red line. Simmering tensions between Israel and the US is like music to Iran’s ears, which will leave no opportunity to capitalize upon their differences.