In a twist, Iran may be stepping into an era of peace with Saudi Arabia and Israel 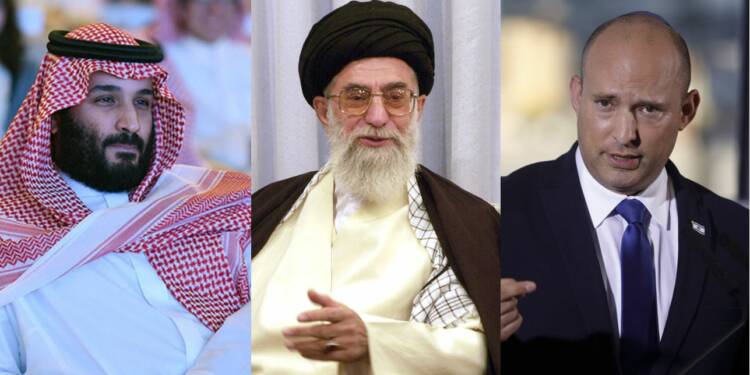 The Middle Eastern region has remained mired in myriad conflicts for decades. The constant rivalry between Iran and Saudi Arabia has kept the turmoil alive. However, the two nations are fast turning towards burying the hatchet. The two countries have already held bilateral discussions thrice in recent months, and now Iran’s charm offensive in New York signals an era of peace between the Shi’ite nation and the Arab world.

Iran’s foreign minister Hossein Amirabdollahian, on Tuesday, held talks with “foreign ministers and senior representatives” of countries including Saudi Arabia, Kuwait, Qatar, Egypt, Jordan, Turkey and France, along with the European Union, the Arab League and the Gulf Cooperation Council. An Iranian foreign ministry official said that the talks have led to “serious progress” on the issue of Gulf security.

“Serious progress has been made on the subject of security in the Gulf,” Iranian media quoted an Iranian official as saying. Speaking to journalists on the sidelines of the UN General Assembly in New York, Khatibzadeh said the talks were “good” and called for countries to settle regional issues between themselves, without foreign interference.

Iran’s fall out with Qatar and Iraq

Iran is reeling under a slew of regional as well as geopolitical tensions. The Taliban’s return to the fray has sparked fears in Tehran while its fall out with Iraq and Qatar has further isolated it globally. For instance, Qatar is pressing Iran to move ahead with the Iranian Nuclear Deal (JCPOA) with the US. Qatari Deputy Prime minister and foreign minister H E Sheikh Mohammed bin Abdulrahman recently asked Iran to re-engage in nuclear talks, stating the region cannot afford a nuclear race. “We are hoping that this happens as soon as possible because we cannot afford to see a nuclear or arms race in our region,” he said in an interview.

Qatar is not pleased with Iran’s ambitions of developing nuclear capability, which shows vulnerabilities in Qatari-Iranian ties. Moreover, Qatar’s unwavering support to the Taliban is also a bottleneck issue in bilateral ties given Iran’s qualms in dealing with the Sunni-dominated Taliban.

On the other hand, Iran’s staunchest ally Iraq is also showing signs of rebellion. The two countries are engaged in a fierce dispute over the lack of water-sharing arrangements. Iraq has accused Iran of diversifying the flow of the Tigris river’s tributaries leading to an alarming decrease in water levels in Iraq. Mehdi Rashid Al-Hamdani, Iraq’s Minister of Water Resources said on Tuesday that “We have indications that Iran is digging tunnels and changing water flow of Waterflow… and we officially informed Iran of its violations but did not receive a response.”

Both Qatar and Iraq were Iran’s dearest economic allies when former US President Donald Trump had launched an economic assault on Iran after withdrawing from the JCPOA. Iran’s trade ties with Qatar and Iraq kept the Iranian economy afloat. However, as cracks appear in Iranian ties with the old allies, Iran is eying closer relations with the Arab world.

Normalization of ties between Iran and Israel through the Abraham Accords

The signs of a thaw between Iran and the Jewish state of Israel are yet to appear; however, Iran would like to tame Israel’s rage through its budding ties with the Arab world. Earlier this month, Israeli Defense Minister Benny Gantz had said that Israel could tolerate Iran’s nuclear deal with the US if agreed on renewed negotiations.

Read More: Iran is using Iraq to gain leverage over Saudi Arabia in the ongoing talks and Iraq will be the ultimate casualty

Ties with Arabs and Israel vital for the Iranian regime

Iran has long sought to achieve the nuclear capability to deter the Arabs’ and Israel’s offence. However, its nuclear ambitions have taken a massive toll upon its economy. The Iranian regime has lost the confidence of the Iranian masses, and the country today stands on the verge of a collapse. Its economic woes are far from over, and the excessive foreign intervention has reduced the state to a mere pawn of the superpowers.

It is in Iran’s interests to forge closer relations with the Arab world and Israel. The Abraham Accords have already isolated Iran in the region. Iran, which sits upon abundant natural resources, can effortlessly materialize its potential if the ties with the Arabs and Jews are improved. The fall of the Iranian regime is imminent and inevitable if the civil uprising against it is not tamed. Only the strong trade and political ties with Arabs and Israel and ensuing economic prosperity can help the fate of Iranian theocratic rulers.