It's a perfect storm 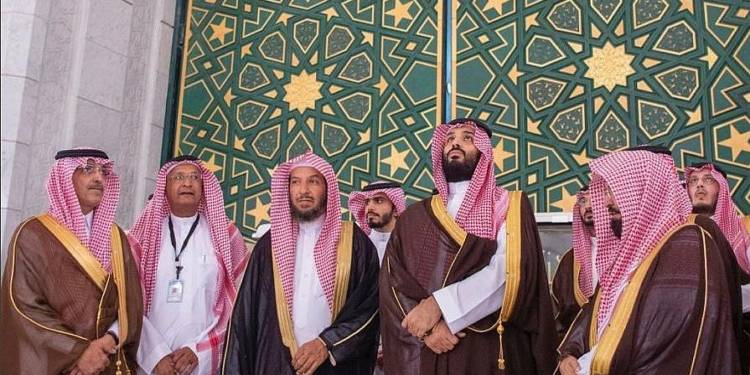 The Kingdom of Saudi Arabia has long-held fears of being thrown out in the case of an Arab Spring. These fears have been exacerbated in the wake of the Wuhan coronavirus pandemic and the subsequent devastating effect on the oil market. Much before the pandemic, Prince Mohammed Bin Salman (MBS) in his quest to stamp his authority and eventually take over once his ailing father steps down, introduced various price increases under the garb of ‘economic reforms’ and to offset the implications of the same, introduced ‘Citizen Account Program’ to soften the blow on the citizens where the Saudi government used to deposit money in the accounts of low and middle-income households. However, now 2 million people have been removed from the flagship program due to the twin blows of pandemic and an uncertain oil market. The Saudi regime has also tripled the Value Added Tax (VAT) which will gravely impact its population. This series of events might lead to a popular uprising against the Saudi Monarchy which will have serious implications for the regime.

In 2017, severely hit by Oil price crash and King-in-waiting Mohammed Bin Salman’s “economic reforms”, the Saudi regime introduced the ‘Citizen Account Program’ to the help low- and middle-income families. The national program was formulated to protect Saudi households from any direct and indirect impact of the economic reforms where the government would offer direct cash transfer to the beneficiaries.

After its rollout, the Citizen’s Account program had been providing monthly payments to more than 12 million people — over half of all Saudis, with an average handout of 930 riyals per family.

The Saudi regime has also rolled a slew of austerity measures to tackle the pandemic and the turmoil in the oil market. Saudis are now being informed through text messages that their assistance has been revoked.

“It feels like death. Even recharging my cell-phone credit has become difficult,” said Bandar Ahmed, a courier by profession.

“People in Saudi Arabia are facing an unprecedented set of headwinds. In 2018, they faced a similar shock with the introduction of VAT and cuts to fuel subsidies, but the blow then was softened by the start of the Citizen’s Account and by the cost-of-living allowance. This time around they don’t have that support,” said Ziad Daoud, an economist.

Much of this money is seen as palm greasing to prevent any popular upsurge against the Saudi Regime.

At a time when the International Monetary Fund is estimating the Saudi Kingdom’s gross domestic product to contract 6.8% in 2020, the regime has tripled the VAT rate from 5% to 15% which will only further increase the hardships of low and middle-income Saudis.

The alarming decrease in consumer and commercial spending, the loss of oil and tax revenues and the cost of healthcare infrastructure for the pandemic will gravely impact the kingdom’s economy.

To top it all, the Kingdom is facing its worst economic crisis in the past 30 years, at a time when King Salman is on his deathbed. Due to the King’s deteriorating health, there’s an almighty power struggle taking place behind the curtains with Prince MBS carefully eliminating his competition.

At such a precarious time, there is every chance of an uprising spilling into a full-blown civil war as it presents a fertile ground for the dissidents of the regime and MBS. While the Saudi monarchy is too strong to be uprooted but an uprising would severely hamper the prospects of MBS ascending to the throne.