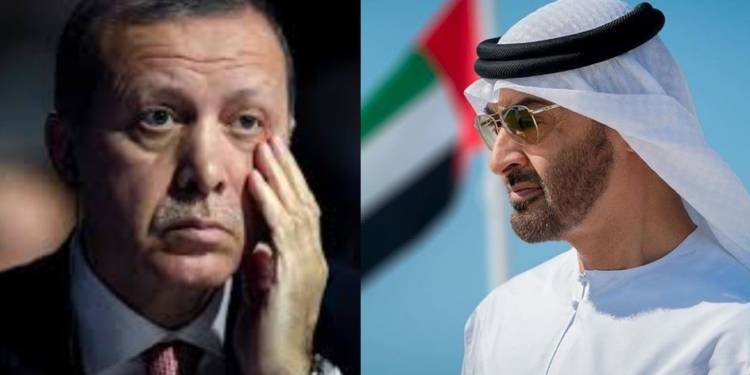 Mediterranean Europe, Eastern Mediterranean and now even the Gulf- Turkish President Recep Tayyip Erdoğan’s brand of political Islamism is finding enemies in every part of the world. As per a recent NYT report, Greek officials have said that the UAE is sending warplanes to the Southern Greek Island of Crete for joint training with the Greek Air Force.

The UAE is warming up to Greece at a time when Turkey has been claiming research and exploration rights in the Greek Continental Shelf. The timing of the Emirati move is significant in the context of the Abraham Accord sealing “full normalisation of relations” between Israel and the UAE. Ankara has become a bitter rival of the UAE post the Abraham Accord and has even threatened to suspend diplomatic ties with Abu Dhabi.

The UAE warplanes are expected to reach the Souda Naval Base during the weekend before they will hold joint exercises with the Hellenic Air Force. The UAE has decided to send warplanes after talks between the Greek and Emirati governments and the military officials.

The UAE’s initiative in the Eastern Mediterranean, which could hopefully be the precursor of a much bigger role in the contested region, comes as a breather for Greece. Athens is facing a lot of trouble from its much bigger, better-armed and belligerent NATO ally, Turkey.

Over the past one year or so, Turkey has been claiming sovereignty in the Crete, Cyprus and southern Turkey- an area that forms a part of Greece’s Exclusive Economic Zone as per the UN Convention on the Law of the Sea. However, Turkey is neither a signatory to the UNCLOS nor it abides by the International maritime law. Despite Greek objections, Ankara regularly sends research ships backed by warships into the disputed waters.

Greece has been looking for international support in the region and has already found some with the French President Emmanuel Macron sending in two Rafale fighter aircrafts and a naval frigate- ‘Lafayette’ to counter the growing Turkish threat to Cyprus and Greece. And now the UAE is planning to join hands with Greece and France to take on Erdoğan.

The UAE itself has many reasons to hate the Turkish President and wannabe Khalifa. The UAE is fast emerging as the leader of the Muslim world and leading the Gulf towards a more progressive form of Islam- one that shows tolerance for Churches, Hindu Temples and even Synagogues.

Therefore, when Erdoğan reconverted the Hagia Sophia in Constantinople (now Istanbul) into a Mosque, the UAE opposed the move and Noura bint Mohamed Al Kaabi, UAE Minister of Culture and Youth said, “It should neither be misused nor altered through change in a way that touches the human essence. Especially for sites that are inscribed under World Heritage by Unesco. They have exceptional international value, and are the common heritage of all peoples and cultures.”

The UAE’s opposition of the Turkish President’s Hagia Sophia move must have resonated with the entire Christian world, including Ankara’s arch-enemies- France and Greece.

Similarly, in Libya, Ankara has been backing the highly Islamist– Muslim Brotherhood government in Tripoli, whereas the UAE is backing the Haftar-led Libyan National Army (LNA) along with Egypt, France and Italy. The UAE itself has emerged as a friend of the European Union as opposed to Turkey that keeps on bullying Europe with the refugee threat.

Moreover, when Turkey accused the UAE of backstabbing the Palestinian cause with the Abraham Accord, it became clear that Ankara was challenging the Arab hegemony over the Muslim world. Now, for the UAE that wants to settle scores with Turkey, the enemy of an enemy is a friend. Therefore, the Emiratis chose to strengthen Greece’s hand against Turkey.

It is in Abu Dhabi’s interest to hurt Turkey at every possible level. Only recently, the chief of Israel’s reputed intelligence agency, MOSSAD met with the UAE security head in Abu Dhabi. Israel’s MOSSAD itself considers Turkey its latest security threat over Ankara’s support to the Palestinian terror organisations like Hamas and Tel Aviv’s own interests in the Eastern Mediterranean.

Erdoğan’s Islamist ambitions have made far too many enemies for Turkey to handle. France, Italy, Greece, Israel, Cyprus, Egypt and now even the UAE are cornering it from all sides. Turkey’s Islamist belligerence is, therefore, going to meet a dead end.