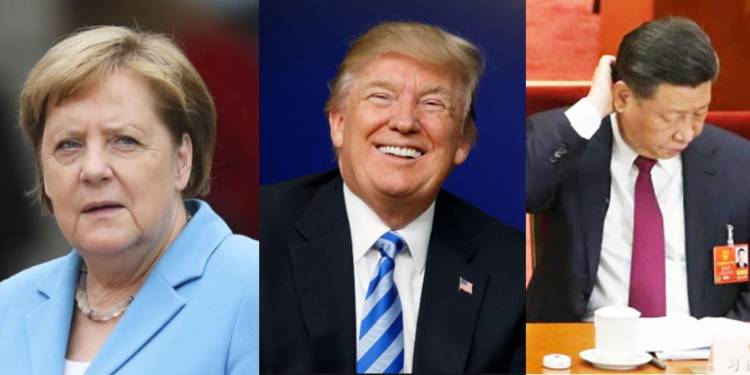 Almost a month after brokering the Abraham Accord between the two American allies in West Asia–the UAE and Israel–the US President Donald Trump has successfully managed to bring sworn Western Balkans enemies–Serbia and Kosovo–closer as the two have agreed to normalise economic relations under a pact signed at the White House. With this move, Trump is proving his mettle as a capable mediator.

In many ways, the Serbia-Kosovo deal wasn’t as easy as the Abraham Accord. In West Asia, the US was the biggest outside power negotiating between Israel and the UAE. But here in Western Balkans, there are multiple powers involved including the EU, Russia and China, but Trump has managed to trump all of them to bring Belgrade and Pristina closer to each other.

The Serbia-Kosovo dispute is one of the most enduring and complicated issues across the world today. It is rooted in historic tensions between Kosovo’s Albanian and Serb communities that had ultimately led to the Kosovo war in 1998 and 1999. The Albanian majority of Kosovo had then opposed the ethnic Serbs and the Government of erstwhile Yugoslavia.

Finally, in 2008, the Muslim-majority State of Kosovo declared independence from Serbia. But Kosovo today remains a partially recognised State only. 97 out of 193 countries in the world recognise Kosovo as an independent, sovereign country. Serbia has, of course, refused to recognise it as a sovereign state. It is not recognised by several powers such as India, China, Russia and Brazil.

Despite efforts by the EU and the United States, both of whom support an independent Kosovo, the issue has remained unresolved.

Serbia and Kosovo was a tricky issue to resolve for anyone including the US President Donald Trump. While in West Asia, Israel and the Arab world have developed trading relations and some sort of an understanding, Serbia and Kosovo had to be persuaded to give up the decades-old rivalry and move towards a rapprochement.

Moreover, the multiple power centres involved have significantly irreconcilable interests involved. Russia, for example, overshadows all other external powers in Serbia, due to historical and cultural reasons. And Moscow has traditionally remained a key supporter of Belgrade over the Kosovo issue.

As such, Russian influence in Serbia could have been holding back Belgrade from negotiating with Kosovo. And then, the de facto European Union leader, German Chancellor Angela Merkel and China had also created a unique challenge.

China, which is expanding its global footprint and eating into what was once considered Moscow’s exclusive sphere of influence, is spreading its tentacles into Serbia also. Naturally, the focus of China’s BRI ambitions in the Balkan Peninsula has been the Western Balkans. Bosnia and Herzegovina, Montenegro, North Macedonia and Serbia have all received extensive loans from Beijing under the BRI.

China’s extensive BRI ambitions in Serbia naturally made it difficult for Washington to offer any inducement to the Serbian President Vučić to bring him on the bargaining table. The incoherent EU policy on Serbia was only helping China expand its influence in the Western Balkans country.

While the White House was exploring ways on how to strike a deal between Serbia and Kosovo, the EU was found sabotaging the American initiative. Earlier this year, for example, a White House dialogue between the Serbia and Kosovo leaders failed to materialise, and they met the European Commission President Ursula von der Leyen instead. But the EU itself failed to offer anything lucrative to the Serbian Aleksandar Vučić which would induce him to reach an agreement with Kosovo.

Therefore, the EU wasn’t resolving the issue itself, and neither let the US do it. In a way, the EU was protecting its trading partner China’s interests in Western Balkans, because if the US brokers a final solution to the Kosovo dispute, then Washington would become the biggest influence in both Serbia and Kosovo.

However, Trump seems to have trumped everyone including the Chinese President Xi Jinping and German Chancellor Angela Merkel.

The Indian Ocean Rim Association has finally found its purpose, and it’s bad news for China