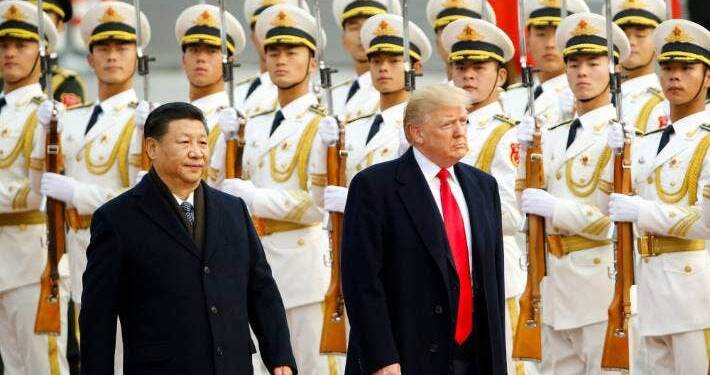 Xi Jinping, in his second “centennial goal” outlined that China will be a global superpower by 2049. It’d become a ‘strong, democratic, civilized, harmonious, and modern socialist country by 2049, which is the 100th anniversary of the founding of the People’s Republic of China. The latest IMF forecast reports imply that China has already surpassed the United States in terms of GDP, based on the Purchasing Power Parity (PPP) index.

It outlines that at current economic levels, China’s GDP is already one-sixth greater than the US’. The next step surely for China would be to become the sole superpower in the world, but does it have the capabilities to do so?

To be a Hegemon, a state must have three attributes:

Present China lacks all three of them.

When the United States pulled itself out of the WHO, it also left a big $500 million gap in the funding of the organization. China being the next great power should’ve stepped up. It didn’t. It was the United Kingdom, that increased its funding by 30%.

China is noncommittal to the role of being a superpower. It still says it is a developing state, it does not have the military to protect its interests outside of its region, e.g. in Africa. Its economy, vulnerable in Central Asia, and it is being cornered by its most meaningful ally Russia.

Xi Jinping’s dream of a Chinese superpower rests on an image of China that was never there. The popular conception of a Chinese superpower rests on a gross misreading of the past. China had never been a dominant power at “the world stage”. The Chinese emperors were powerful only within their centres of power, and that was true for most East Asian societies such as the Japanese ‘Sakoku’ or The Korean swaegug. Asians tried to avoid foreign relations rather than engage in it.

Therefore, the current battering of China and its forceful isolation is more believable than the notion of a Chinese superpower state.

China’s debt-trap diplomacy in basic reductionism is more in line with the role of a ‘loan shark’ than a superpower that is willing to uphold international structures for the use of many. The rise of China, therefore, is not a return to its glory but more of its emergence from millennia of self-imposed isolation.

Xi is developing what has been described as a modern-day “controlocracy”. The system Xi contemplates has been tried before with disastrous results. That system “has a record of suboptimal performance that features despotic governance, long stagnation of the economy, the suffocation of science and technology, retardation of spiritual pursuits, irrational allocation of resources, great depreciation of human dignity and life, low and declining living standards for the masses, and mass death and destruction periodically and frequently” writes Fei-Ling Wang.

Jinping’s provocative external policies have also not helped these aggressive policies along with a “flaunting of international norms of governance and trade” have eroded the country’s support in capitals across the continents.

In addition to everything wrong, the costs that china bears today are minuscule in comparison to what it would need to shoulder for decades as a superpower. Its military expenditure falls way short of the US and domestically the costs borne for repression and stability are even greater than the budget of the Peoples Liberation Army.

Moreover, the demographics are not favourable to Chinese long term growth. Its labour force is already shrinking and a 1.6 birth rate per woman due to the old One Child Policy, is the lowest in the world, giving rise to an ageing population.

Domestically, China is at the brink of a devastating water shortage in almost twelve provinces which accounts for 41% of its population, 38% of agriculture 46% of Industry, and 50% of its power generation.

Xi and his cronies at the CCP have essentially put the entire country in a big red time machine and set the dial to 1950, or perhaps even 1650. The media talks about a “New China” which is essentially a Chinese system that history demonstrates did not work well.

In all likelihood, given the recent state of political affairs and Chinese economic rise, we have reached “peak Xi” or more correctly perhaps “plateau Xi”. In Chen Deming’s words, minister of commerce until 2013, “Do not take it for granted that China is number two, and do not make the assumption that we will be the number one sooner or later.”

The IMF forecasting report is a small victory for Chinese ambitions, but those ambitions are stemmed from gross confusion towards historical narratives. The truth is China will always be number 2 because it lacks what it doesn’t have, the capability to shoulder responsibility.