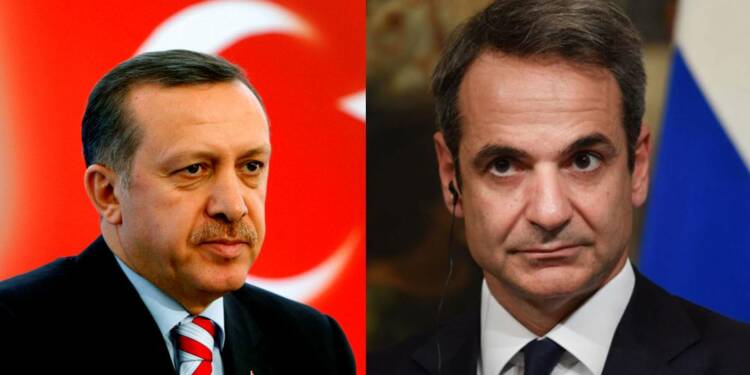 ‘BUILD A WALL’, a phrase which is synonymous with the US President Donald Trump has now become a policy choice for Greece. Greece has finalized plans to build a wall along its borders with Turkey as the threat of immigrants trying to cross into Greece en masse looms large.

As per the statement by the government spokesperson Stelios Petsas, 26 kilometres (16 miles) would be added to an already existing 10 kilometres (6 miles) fence and the project would cost 74 million USD. This project is predicted to be over by end of April 2021.

Greece’s concerns about Turkey pumping refugees and immigrants through its borders into Europe are based on the Greece-Turkey border crisis of February-March 2020. In a highly condemnable and rough way, Erdogan let the refugees lose and tens of thousands of them swarmed and tried to cross into Europe via Greece and Bulgaria. At that time the Greek Public Order Minister Michalis Chrysohoidis had said, “They (the migrants) didn’t come here on their own. They are being sent away and being used by (our) neighbour, Turkey.”

Read more: Close to war with Russia, Turkey is blackmailing the EU by pumping thousands of migrants into Greece and Bulgaria

Since then, Erdogan has kept the whole European Union edge. Ankara is using approx 3 to 4 million migrants and refugees as a leveraging tool to collect ransom from the EU. This has further deteriorated the situation as Turkey is going berserk in its actions in all directions. The possibility of Turkey opening the floodgates of refugees must be playing into the dynamics of otherwise proactive EU taking so long to act against Ankara.

The Greek and Turks are already up in arms regarding the Eastern Mediterranean Sea, and with the obviousness of further deterioration of ties between these two countries, Greece does not want to let Turkey have leverage against it.

This five-meter wall will be accompanied by a surveillance camera network which will be set-up throughout the 192-kilometre Greek-Turkish border. And police have already started testing high-powered mobile sirens aimed at deterring migrants during their bid to crossover to Greece. The head of police officers’ association, Ilias Akidis told the Associate Press that, “We have been asking for them for five years and we think they will be very effective.”

Greece has become more resolute in the face of Turkish belligerence. It has also been able to gain the support of the USA and France (a major EU member country). Just at the time Greece is looking to close its borders with Turkey, the USA has proposed for Greece to buy 4 frigates with a promise of co-producing 3 of them in Greece.

The Greeks are setting a precedent, which is bound to be followed by Bulgaria too. That is, closing off Turkey out of Europe. The building of a wall between Greece & Turkey can be seen metaphorically too, it symbolizes the decoupling of the European Union and Turkey, and with the sanctions looming, the picture becomes all the clearer.

This action of Greece and the quite support of the European countries for this move has a larger implication for Europe. It explains the move of Europe from the hardline social-democratic left towards more French-style republicanism, basically a shift towards the nationalistic right.

The Greeks have had enough of Erdogan’s bullying and the building of the wall by Athens is a solution to multiple problems. It will remove the leverage of ‘flooding Europe with migrants’ from the hands of Erdogan, thus EU will be able to take actions against Turkey more actively and decisively.

The building of the wall has become relevant even far away from the USA in Greece. However, it is not just the phrase but the underlying ideology, that has also become more relevant in Greece in particular, but, in the whole of Europe in general, and that is the ideology of the nationalist right.