Why Biden could go soft on Russia: Trump had a political baggage to deal with, but Biden does not 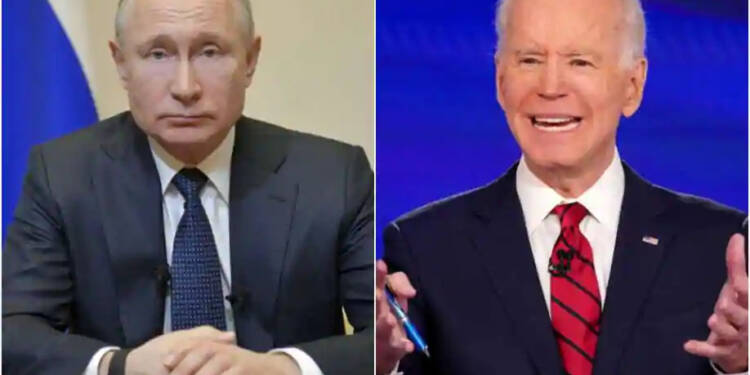 Two decades ago, at the dawn of the 21st century, world politics changed forever. The collapse of the Soviet Union made the USA as the sole superpower on the planet. The experts argued that the USA would unilaterally decide the dynamics of international negotiations. However, their flawed liberal policies gave birth to a new challenger, China. In recent times, the USA is trying all possible measures to contain China; be it democrat Obama to flag ‘pivot to Asia’ or Republican Trump to initiate a trade war. Besides, the major diplomatic change that has been observed in recent administration to maintain its reputation in East Asia and the world is vouching for closer ties with Russia.

Following the legacy of past administrations, the newly elected president Joe Biden has no other option but to appease Russia and prevent them from forming a closer tie with China. The scholars might be arguing that President Biden would bring a chill in relations but true observation and analysis are projecting something different, Biden’s priority for ‘peace’ with Russia.

It was vice President Joe Biden who advocated Obama’s reset with Russia and no one can argue that President Biden will be different than Vice President Biden. It was a Democrat in the house who signed a new nuclear arms reduction treaty (called New START) and cut the number of long-range nuclear weapons in 2010 and then was followed by the state visit to Russia by then Vice President (now President) Joe Biden in 2011 where he restated the USA’s support for Russia’s accession to the World Trade Organization.

Besides, Obama also thanked Russia for its role in securing a deal to limit Iran’s nuclear program. The relations in last democrat rule were completely normalized but it did witness warmth which can be expected again with a new democrat in power.

Moreover, the outgoing president Donald Trump had the baggage of being a Russian mate who allegedly won the elections with the help of Russia and this prevented him from openly embracing Russia.

Despite a 50 minute telephonic conversation between Donald Trump and Vladimir Putin just after a week of the swear-in, which was hailed by both the administrations, could not bring Russia close to the USA as it was under President Obama. The relation under the Trump administration was more ambiguous. Trump was portrayed as someone influenced by Putin. Pro and anti-Russia statements regarding Crimea, Syria, Ukraine, North Korea, Venezuela, election meddling, Skripal poisoning, and oil drilling in Russia, Trump could not take a strong stand either against Russia or in favour of it.

Nevertheless, Joe Biden has no extra luggage to carry and is free to adopt a pro-Russia policy.

Biden as Vice President was in favour of Russian deals with the United States. Thus, to deal with Russia as a swing state to contain China should be Biden’s ultimate foreign policy. Just as the US dealt a blow to the Soviet Union by aligning China as a swing state in Cold War 1.0.

Read More: Joe Biden will have no option but to follow Donald Trump’s “Indo-Pacific” strategy

Biden’s intention to get Russia into WTO will also help in the economic revival of Russia, who is dealing with multiple sanctions, that were imposed on them by the Trump Administration. Subsequently, another factor that can bring them close is the inevitability of clashing civilizations.

The Russian and American civilization is closer than Islamic civilization. The joint stand on Turkey, Azerbaijan-Armenia, and support to Macron over refugees make it quite vivid. Combining these factors and incidence, one can easily argue that speculation over bitterness in the USA – Russia relation will soon vanish as soon as Joe Biden takes over as the President of the United States of America.

Why is China not celebrating Biden’s victory? It is the fear of Trump