Biden is bad news for Taiwan. So Trump is tying the new President’s hands with a genius move 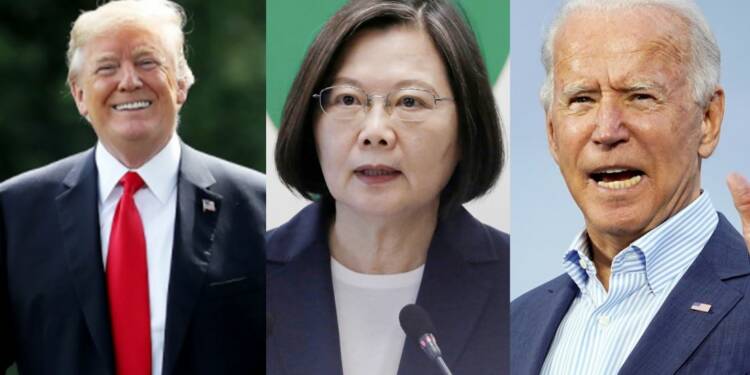 There will probably be no congratulatory phone call between Taipei and Washington. Tsai’s tweets congratulating Biden on his election would probably be the only communication the two heads ever have.

The US election results would’ve been very disheartening for Taiwan. After enjoying four years of warming and progressive relations, things look to be put on the back burner in regards to the relations with the US. Biden’s soft stance on China is an open secret. Therefore, President Trump has taken it upon himself to ensure that relations with Taiwan do not suffer as a result of the change in administration. And with the last few months in office, the commander in chief looks set to tie Biden’s hands in regards to Taiwan.

For the first time in more than forty years, Taiwan’s naval command has publicly acknowledged the presence of US marines on the island. At a time when a threat of the Chinese invasion of Taiwan is at its highest, displays the US’s support to Taiwan in its bid to protect it against the mainland.

Trump’s last days in his office look set to bolster Taiwan-US relations to a point of no return which would subsequently tie-down Biden’s hands while dealing with China. Reversal of such strong moves will be unfavourable to Biden’s presidency and he will receive much flak and a lot more backlash from the US citizenry who view China as a hostile, unfavourable totalitarian state.

Read More: The free world’s message to Biden is clear: Stick to Trump’s foreign policy or lose out

The United States has blamed the whole pandemic and its mishandling on China and the WHO and rightfully so. The gross mismanagement and the secrecy with which the outbreak was handled has impacted the whole world, therefore, WHO’s the mistreatment of Taiwan, who handled and contained the pandemic the most effectively was weaponized by the United States in its case against the WHO.

Taiwan has played a very important role in Trump’s anti-China policy. Taiwan’s handling of the pandemic gained some meaningful and much-needed recognition from the whole world. Calls for Taiwan to be given an observer status at the WHO has been reverberated around the world only to be stopped by China’s intervention. Taiwan garnered support from leaders in the EU to India and the US for its work to control the pandemic so effectively.

Therefore, playing such a crucial role in Trump’s anti-China rhetoric, it united the whole world, US-Taiwan relations reached extraordinary levels of co-operation. The TAIPEI act was a testament that Taiwan’s importance in US foreign policy has grown. Moreover, arms deals worth more than $15 billion were signed. But in September $7 billion worth more of sophisticated weapons were also sold to Taiwan.

Trump had begun recognizing the island nation as no other previous president has ever done. From the congratulatory phone calls to the arms deals, and now publicly acknowledging the presence of US marines on the island represents the solidifying relationship between the two countries. While the other states around the world tip-toe around China in regards to their relations with Taiwan, the United States under Trump has put Taiwan and Tsai on the world’s radar.

While Joe Biden might not share similar bonhomie with Taiwan and its cause, Donald Trump’s policies have put him under tremendous pressure to sustain these relations. While Biden looks to normalize relations with China, he cannot pull back the progress made concerning US-Taiwan relations. His actions on Taiwan, if he chooses to reverse the policies, will be greatly scrutinized and will receive a lot of resentment especially from the citizens of the United States.

For all the progress made between the US and Taiwan, Biden will have to play a balancing role to keep Taiwan safe and at the same time constantly put up a brave front against Chinese pressure to reverse the US’s policies in Taiwan.

Therefore, these last months in the office, Trump could tie Biden’s hand so much so that he might not be able to normalize relations with China as long as Taiwan keeps getting the US’s support. And while he may look to normalize economic relations with China he’d have to do so by giving more concessions and compromising the US economy which would be deeply criticized.

Read More: Joe Biden will have no option but to follow Donald Trump’s “Indo-Pacific” strategy

Moreover, Trump could further swing a loop on US-China relations by removing the ambiguity that is prevalent in US-Taiwan relations. Such moves could further impact the US’s relations with China and further enhance the faults in Biden’s moderate policies in a different international structure where he looks to mend ties with the US’s most immediate threat.

Donald Trump’s foreign policy around the world has put more focus on Biden and his actions. Trump’s policies have greatly impacted the International structure and reshaped it and now the onus is on Biden to execute it rather than to run from it.