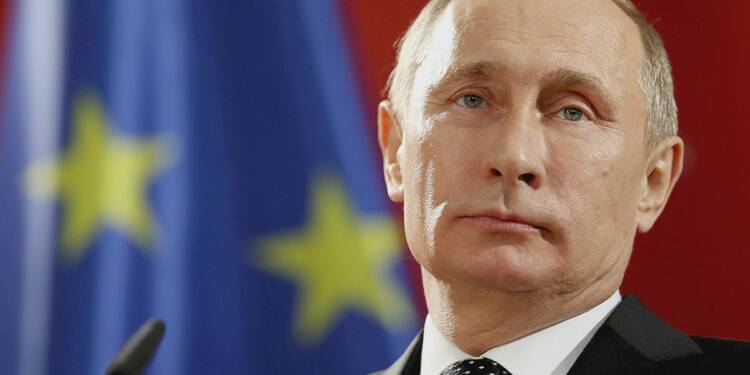 While US-Russia relations share a historical narrative of conflicting interests and heightened tensions, relations under President Trump had thawed as both sides looked to engage dynamically. As a result, both sides enjoyed particularly warm relations and were working with a diplomatic cohesion to thwart Chinese ambitions.

With the currently disputed US elections, all was supposed to change, as scholars and analysts alike contemplated hostile US-Russia relations, which were supposed to push Russia back to the Chinese wormhole. This particular change failed to materialize. Russia is more than ready to take its ambitions to the next levels as it gears up to more engagement with QUAD and especially India and thwart Chinese ambitions in the region.

In the latest support to India’s cause, Russia reiterated and backed Prime Minister Modi’s statements made at the SCO head of state meeting earlier this week.

Modi said: “It is unfortunate that many attempts are being made to unnecessarily bring bilateral issues into the SCO agenda. This is a violation of SCO charter and Shanghai spirit”.

Besides, PM Modi also made a jibe at China by highlighting the need for respecting each other’s territorial integrity and sovereignty.

In response Russian Deputy Envoy in Delhi, Roman N Babushkin said: “This is a part of SCO charter and SCO basic documents not to bring the bilateral issue into the agenda. It has been made clear to all members states that it should be avoided…for the sake of the progress of multilateral cooperation.”

While good relations between Russia and India have always prevailed, it is Russia’s cold shoulder to the Chinese delegation that was “striking” but in line with Putin’s recent policies and statements regarding its relations and its scope with China.

Besides, the jointly created BrahMos missile between India and Russia will be exported to the Philippines. This is another blow to Chinese ambitions as India and Russia jointly look to bolster East Asian defences against the Chinese threat. The news was also shared by Russian Deputy Chief of Mission Babushkin.

While it shows increased Russian engagement in the East Asian security structure it also shows Russia growing wary of the threat posed by the Chinese firepower. In a study published by the Royal United Service Institute, the world’s oldest military Think Tank, Justin Bronk writes,

“…from a position of dependency on Russian aircraft and weapons, China has developed an advanced indigenous combat aircraft, sensor and weapons industry that is outstripping Russia’s… China has started to build a clear technical lead over Russia in most aspects of combat aircraft development. Moreover, Russian industry is unlikely to be able to regain areas of competitive advantage once lost, due to deep structural industrial and budgetary disadvantages compared to the Chinese sector.”

Thus, coupled with the changing security architecture in Asia, It becomes imperative for Putin to follow a policy for the fulfilment of Russia’s national interest.

Since 2014, Russia has been forcefully pushed to sell its defence equipment to China, moreover, massive multi-billion dollar deals were signed with China for crude oil and natural gas. Though it was necessary to save a sinking economy, Russia did incur heavy losses on the deal. Moreover, technological thefts, sabotage, and rising tensions along the Russian Far East which have led to military buildup at the Chinese border are signs that the relations are an alliance of convenience.

Putin has reiterated repeatedly that there is no scope for military relations with China as it continues to build its relations with India. At a time when China faces imminent military threats on four fronts, Russian cold shoulder(s) to China speaks massive volumes about the true Russian intentions.

Geopolitical avenues such as Central Asia and Eastern Europe, China have increasingly and aggressively sought to consolidate its sphere of influence much to Russia’s displeasure. While Russia considers these to be its power sphere, Chinese interference has weakened Russia’s hold on the region.

Therefore, the Russians, to contain the growing Chinese influence in have quietly partnered with India and Japan as it looks to consolidate its soviet past and claim its rightful place as a first-class power.

Russia’s ambitions guide its national interest. Sino-Russo relations are a relationship borne out of convenience rather than a real alliance. With increasing conflictual avenues and Russia’s growing engagement with Quad, the results of the US elections do not seem to worry Putin as he has displayed confidence in Russia’s strategic importance by not congratulating Joe Biden.