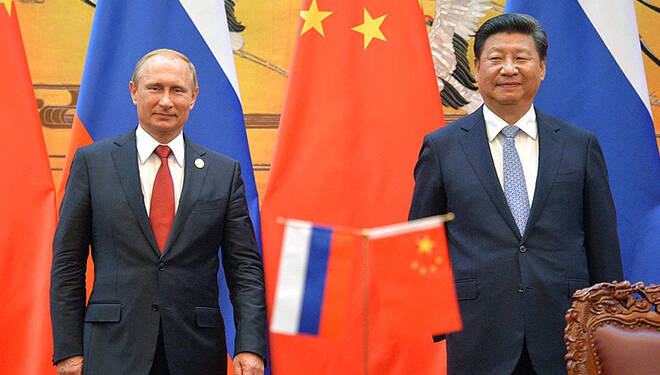 China is absolutely rattled by Russia’s strengthening ties with the Quad. In another outburst, which sounded more like a cry for help, China pointed out that it does not need any military alliance with its closest partner Russia. The statement was made in response to Putin’s statement that Russia is not looking forward to a military alliance with China.

Of late, China’s biggest nightmare is coming true. Russia’s ties with the Quad are gaining steam and its bilateral relations with the member states are moving forward. Russia’s already close relations with India, which is its strongest link with the Quad, are now complemented by Russia’s softening stance towards the United States and Japan, along with a normal relationship with Australia. This all points to only one thing, China’s isolation, and encirclement in its own backyard.

India and Russia have shared close relations for much of the cold war and these relations have gone through the test of time. India is Russia’s traditional security partner and both share a relationship of mutual trust and understanding. Despite sharing an economic relation with China, Russia has extended its support to India in times of need.

Recent events such as the signing of the Inter-governmental Agreement for the S-400 missile systems while at the same time suspending a similar deal with China shows that Russia is more invested in India’s cause than that of China’s. During the recent standoff between Indian and Chinese troops, Russia refused to intervene on China’s behalf, which allegedly claims to be Russia’s closest partner. Also, the fact that Russia backed India’s entry into the Nuclear Suppliers’ group against Chinese wishes is a testament to the fact that Russia’s relations with India are stronger than ever. Recent military exercises between the two countries in the Andaman Islands, near the Malacca strait, sheds light on the bonhomie the two countries share.

While Russia hasn’t had cordial relations with the United States, recent acts of warming up to each other suggest that the relations are on an upturn. Before the US elections, in September, Putin proposed an Election non-interference pact with the United States to avoid a risk of large scale digital confrontation. In addition to that Putin is also making an active approach to renew the START with the US. This is surprising given that President Trump pulled out of the Intermediate-range Nuclear Forces treaty citing “we aren’t getting enough out of Russia”.

In return, the United States’ comforting silence on Russia’s sale of missile systems to India shows that both the powers share mutual trust and understanding and relations can normalise in the future. Moreover, Trump’s call for a G11 inclusive of Russia and at the same time snubbing China shows relations are warming up. Both the country’s active participation to engage positively shows that the relationship is based on trust and understanding rather than suspicion.

Also Read: Russia sends two messages with one move – first one to the US and the second for China

Historically Russo-Japan relations have been conflictual with a territorial dispute in the Kuril Islands dragging into the 21st century. But for uniting against Chinese belligerence, both the states are ready to sideline the dispute for mutual growth and investments. Japan has identified Russia’s far east as a region for investments and is ready to sideline the issue for the same. Russia also shares the same view. The Russian far east is devoid of development and the recent military build-up along the Chinese border suggests that Russia is more likely to involve an outside power in balancing deepening Chinese influence in the region.

As far as relations with Australia are concerned, the relationship is cordial and normal. Australia has a positive view of Russia and with its latest issues with China, an anti-China foreign policy has been at works. And now with Australian inclusion into the Malabar exercises along with the US and Japan the consolidation of a militaristic quad is going to hurt China.

Also Read: What Stalin did to Mao is what Putin will do to Jinping – a lot of humiliation and none of the festivities

Besides, Russia’s non-criticism of the Quad and giving a cold shoulder to China when it faces imminent military engagements is a sure shot sign that Russia is comfortable with the Quad and is not threatened by it. India is the strongest factor, but recent positive engagements with Quad members suggest that Russia is interested in the international structure shaping up in Asia.

So, China’s claim in the Global Times that it sees “no need for military alliance” is not borne out of self-sufficiency and capability but as a rebuttal to Putin’s remark and Russia’s growing ties with the Quad amid growing dangers to China’s ambitions in Asia and the world.