China is making a joke of itself! 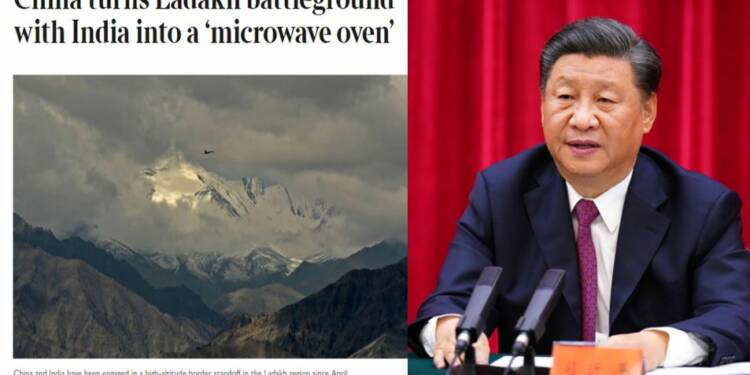 The Middle Kingdom is gaining expertise in an entirely new subject-matter. No, we are not talking about laying debt traps or bribing officials of other nations. We are talking about scripting Sci-Fi scripts. Don’t believe us? You will, after you read what Jin Canrong, a Professor of International Relations at Renmin University in Beijing told his students about the recent Sino-India skirmishes at the Line of Actual Control.

The Professor who seems to be a rather interesting storyteller went on to add, “In 15 minutes, those occupying the hilltops all began to vomit.” Canrong’s fairytale did not stop here. He also said, “They couldn’t stand up, so they fled. This was how we retook the ground.”

We must admit this is quite a story. But that is what it is- a cooked-up story to satisfy the fragile egos of hardline Chinese Communist Professors and their students. It is otherwise riddled with loopholes and factual inconsistencies.

The biggest question is why is a Beijing-based Professor telling this story about China’s purportedly super- advanced, sixth generation microwave weapons? After all, if the PLA did humble the Indian Army in the Himalayas, shouldn’t the PLA or the Chinese Foreign Ministry or at least Global Times have made a grand announcement about this episode?

And who is this Beijing-based Professor. How does he even get to know what the PLA is upto and the weapons that the PLA uses? And why are Chinese authorities who censor everyone at the drop of a hat, allowing him to disclose what the PLA doesn’t want to reveal?

Canrong did try to explain why official Chinese sources are silent. He claimed that Indian troops were repelled by the PLA “beautifully” without an exchange of conventional fire, keeping in mind the restriction on use of firearms during engagement between Indian and Chinese soldiers.

The Beijing-based Professor said, “We didn’t publicise it because we solved the problem beautifully.” He added, “They [India] didn’t publicise it either because they lost so miserably.” How does this even make any sense? If the situation was really “solved” so “beautifully”, China’s loudmouthed officials would have actually gone head over heels making a huge deal out of the entire incident. Why would they want to stay silent?

Let’s ignore the unusual silence in Chinese military and diplomatic circles. Even then the alleged timing of the purported microwave attack exposes the duplicity of Canrong’s poorly-drafted script.

The microwave attack is being said to have taken place on August 29. As per the Chinese version, the attack took place immediately after the SFF, India’s top-secret force, comprising mostly of Tibetan highlanders, took the PLA by surprise and secured key heights in Southern Pangong Tso. In later days, Indian security forces kept securing other key heights in the region in face of a helpless China.

As per the Chinese Professor, it is these SFF soldiers who were affected by the microwave attack. But then Indian troops continue to guard on these critical heights. What happened to China’s little microwave weapons? Why can’t the PLA use them now? And why is the PLA looking to move back to pre-standoff positions if it was really able to use microwave weapons and outwit Indian soldiers?

A laughable and ridiculous claim since Indian troops and tanks continue to occupy the crucial heights. The report speaks of the incident having happened on 29 August. Shows nevertheless how well-geared the Chinese psy-ops department functions. https://t.co/yYD8MkgNbR

The fact remains that PLA has to chicken out of the ongoing Sino-India standoff. But it also wants to save its face. So, it is coming up with some mind-blowing pulp fiction being narrated by a Chinese Professor.