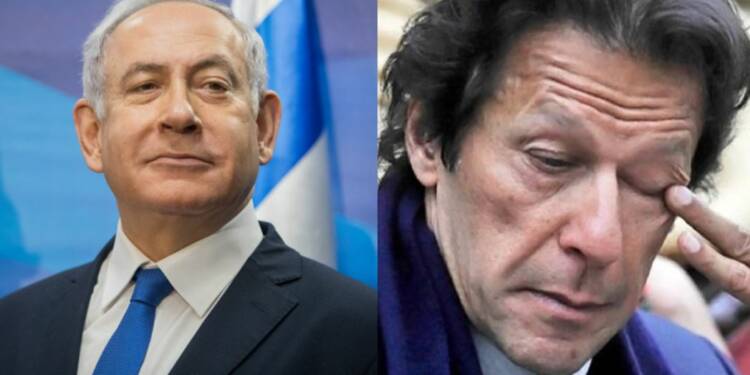 Pakistan is struggling to pay its debts and is fast turning into a true definition of a failed nation-state. At such a vulnerable time, it is being pressurised by the USA and one other country (which Imran Khan did not name) to formally recognise Israel. However, PM Imran Khan in a televised interview has straight out denied any possibility of normalisation until any concrete solution to Palestine problem is achieved.

The country is in a really sorry state. The normalisation of relations with Israel can bring much-needed investment and financial assistance at the doors of Islamabad, which can, in turn, be used to bring the country out of the debt pit as well as away from the shackles of Beijing. However, Imran Khan is not the de-facto decision maker in Pakistan and the rot of extremism is so deep, that it is nearly impossible for it to take up the offer.

Pakistan is as always in a precarious situation. It finds itself between a rock and a hard place, that is, if it accepts the proposal and normalises relations with Israel, then the radical masses and extremists will make sure Imran Khan loses power and will, in turn, create a civil war-like situation. However, if it maintains its stand of no normalisation without a Palestinian solution, then it will keep on falling more and more into the hands of fundamentalists and Islamists with no recourse left. It is already in the FATF grey list and India is pushing for bringing Pakistan into the FATF blacklist. With countries like the USA and Saudi Arabia out of Islamabad’s support net, its economy can crash entirely and the country could become dysfunctional.

Pakistan is one of the most radical Islamic states in the world. Its people are more and more getting influenced by extremism, an example being the rampant atrocities on its minorities and the inability of the courts to provide justice to these minorities. The extremists and other factions in Pakistan are spring-up in different regions of the country and creating a critical situation of crisis. At a time like this, even if Imran Khan wants to get into the good books of the USA, it just cannot normalise the relationship.

The Prime Minister of Pakistan as per The Express Tribune report, said that Pakistan was being pressurised by the USA and another country, and when asked about the country he said, “Leave this. There are things we cannot say” adding “We have good relations with them. Let us stand on our own feet in terms of economy, and then you may ask these questions.” The possibility of the other country being Saudi Arabia or the UAE is very high.

These two countries, Saudi Arabia and the UAE have recently asked Pakistan to return the loan taken and, are forcing the hands of Pakistan. It could be the case that, they are employing nudging tactics to make Pakistan comply with the US demands. But, Imran Khan is not really a people’s representative and even if he is forced by the Army and the US-Saudi-UAE combine, the normalisation will be an end of the road for Imran Khan’s political ambitions and he may become a fodder in the civil war which may follow the decision.

Read more: Pakistan has to pay $4 Billion to its Arab Frenemies and it doesn’t have money to pay them back.

Pakistan, as a country, has lost its course. It has become an undeclared colony of China and if it wants to be sovereign again, it needs the help of its traditional allies like the USA, Saudi Arabia and UAE. However, given the situation in Pakistan and the increasing fundamentalism, any attempt to normalise relationships with Israel will most probably lead to the removal of Imran Khan from his position and as the political dynamics can very well become highly unstable, a possibility of civil war within the country remains really high.

‘Cannot rely on US under Biden,’ Macron is snatching EU leadership from Germany and rejecting Biden’s shadow