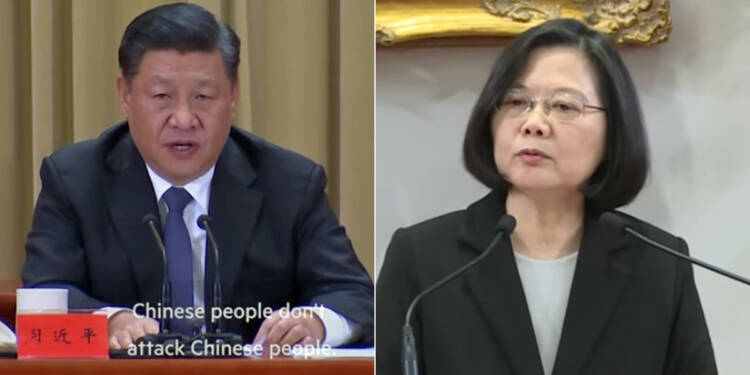 Taiwan’s President Tsai Ing-wen is giving Xi Jinping a dose of his own medicine. She is making it clear that if mainland China cannot be criticised within mainland China, then pro-mainland voices have no right to criticise Taiwan within Taiwan.

On Wednesday, Taiwan reportedly refused to renew the license of CTi News, which is widely perceived as pro-China. Taiwan has effectively shut down the news channel on the basis of evidence of interference from a pro-Beijing tycoon. Taiwan is thus defeating China’s sinister plans to win support on the island nation.

The rejection of CTi cable’s request is the first time that the National Communications Commission (NCC), a Taiwanese regulator, has shut down a news channel since it was set up in 2006.

The fate of CTi News was hanging in balance for quite some time now, in the context of allegations that the news channel was operating as a propaganda machine for Beijing. There were growing calls for action against the news channel, owing to its pro-Beijing stance and criticism of the pro-Independence Tsai Ing-wen government, including unverified news reports.

Last year, for instance, CTi News aired a live interview with a Taiwanese farmer, who claimed that 1,200 tonnes of pomelos were dumped, as farmers left the fruit to rot after mainland China refused to buy it because Taiwan’s President Tsai Ing-wen did not accept the “One China” policy. This interview was described as “fake news” at a public hearing last month.

The NCC Chairman said, “It is a fact that their biggest shareholder had directly interfered in the news desk of CTi.” He added that CTi has been fined more several violations, including failure to check facts and endangering public interest.

However, Eng-men himself denies interfering in CTi’s editorial policy. On a previous occasion, he said, “I only go to CTi for meetings two or three times a year … and I have never meddled in the [editorial direction of] CTi.”

The Taiwanese media regulator has also accused CTi News of being biased towards mainland-friendly politicians and giving them 60 per cent or at times even 90 per cent of its airtime. Last year, the news channel is said to have promoted mainland China’s preferred candidate for Taiwan’s Presidency, Han Kuo-yu. Yet, Han lost to Tsai in January.

By refusing to renew the CTi news channel’s license over allegations of pro-Beijing propaganda, the Tsai Ing-wen is essentially sending across a loud and clear message. The Taiwanese President is making it clear that she knows how Beijing tries to interfere in democratic countries and misuse free speech in such systems to push its own propaganda. But if mainland China doesn’t allow anti-Beijing or pro-Taiwan voices to prosper, then there is no reason why the island nation of Taiwan would allow pro-mainland voices to prosper. Taiwan’s President is unapologetically giving Xi Jinping a dose of his own medicine.