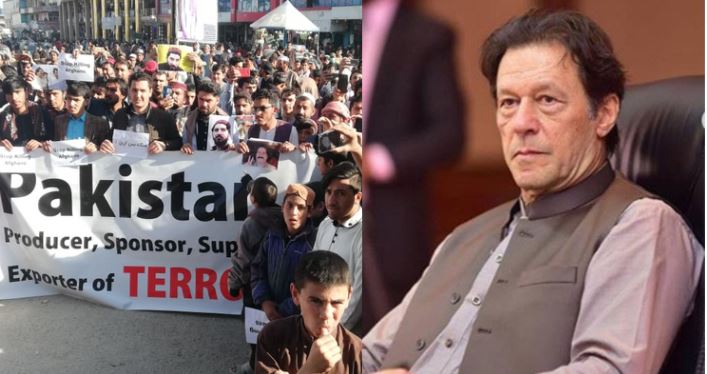 Pakistan Prime Minister Imran Khan visited Kabul this Thursday, for the first time in his tenure, firmly focused on bringing peace in Kabul. Afghan President Ashraf Ghani regarded this visit as ‘Historic’ while Imran Khan assured Kabul that Islamabad would do everything in its reach to help Kabul bring peace for Afghan people.

Khan also asserted that Islamabad has played a crucial role in the past to make Taliban get in talks with the US. Khan also stated that one of the reasons that Peace in Afghanistan is crucial for Pakistan is because of Pakistan’s northern tribal areas which were devastated by the US War on terror. This visit comes at a crucial time as on Tuesday, US military announced that they are reducing the American troops to just 2500 by 15th January.

Ghani during the joint press conference said that Islamabad leader came with the message, “Violence is not the answer to the current situation” and “the demand of Afghan people is peace”. Imran Khan’s visit to Kabul at this time was to reduce India’s influence in Afghanistan and seek to fill the power vacuum, developing as US is moving out from the region and help its big brother, China to get in the country.

This is evident as only a week before this visit; Pak Military publicly announced that they have evidence that India has financed terror attacks on Pak and Afghans soils. However Kabul has strongly denied these entire allegations against India.

During this visit, Khan stated myriad ways that how Islamabad is fighting against terror and Taliban. However unlike Islamabad, everyone around the globe knows about the Islamabad’s real face, everyone knows who gave Osama bin laden, a safe haven in their country.

Not surprisingly, Khan’s visit sparked a huge protest on the Afghan streets. Afghan people showed up on the streets with slogans, “Pakistan as a producer and exporter of terrorism”, which is absolutely true.

Many Afghans officials know about the hypocrisy of Pakistan and Khan himself. Most of the terrorists on the Afghan soil are Pakistanis. This fact has been proven by UNSC.

European Foundation for South Asian Studies (EFSAS) in one of their recent report emphasised on the fact that the involvement of Pakistan in the present escalation of Taliban violence in Afghanistan. the report further stated  that Pakistan had made the Taliban to get in the negotiations with the US, then with this much of leverage over Taliban , Islamabad could have stopped or reduced the Taliban violence at a time when such violence is threatening the US-Taliban agreement.

A US-based Council on Foreign Relations (CFR) also published papers, which also touched upon Islamabad’s involvement in stoking instability in Afghanistan as this time of US-Taliban negotiations.

Regardless of how much Pakistan and Khan talk about Peace in Afghanistan, Peace is one thing, Pakistan doesn’t want in the Afghanistan. Pakistan wants Taliban and conflict between Taliban & Afghan government to stay, use Taliban as leverage against Afghan Government and India.

As Erdogan grapples with the French and Russian double attacks, Iran may join the conflict as well