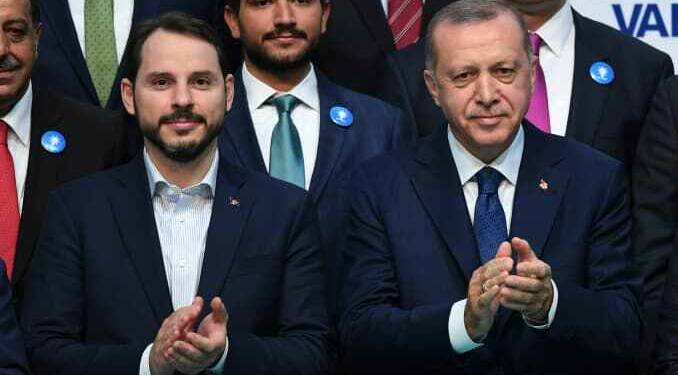 Even as the entire world focuses upon Turkish President Recep Tayyip Erdoğan’s belligerence and Islamist propaganda, a silent power tussle might be building up within Ankara. Only recently, Turkey’s Finance Minister Berat Albayrak resigned from office without much fanfare. He resigned amidst Turkey’s miserable economic conditions. It seems that Erdoğan saw a political threat in his son-in-law and tried to get him out of his way in order to avoid a civilian coup.

On the face of it, Albayrak’s resignation seems benign, even natural. After all, he was the Finance Minister of a failed economy. Not a very desirable position to be in. But this is not as simple. Albayrak isn’t just Turkey’s former Finance Minister but also the son-in-law of Turkish President Erdoğan. Not too long ago, Berat Albayrak was also seen as the second most powerful man in the Turkish government.

Albayrak’s resignation sparked a round of speculations. The former Turkish Finance Minister, who was groomed by none other than his father-in-law, Erdoğan had claimed that he was resigning owing to health reasons. However, developments surrounding his resignation show that Albayrak’s unceremonious exit might have been caused by Erdoğan himself.

Albayrak had resigned only a day after Erdoğan fired Murat Uysal, Governor of Turkey’s Central Bank. Interestingly, Uysal was replaced by former Turkish Finance Minister Naci Agbal, who is a fierce critic of Albayrak’s economic policies. Many believe that Erdoğan’s son-in-law resigned because Agbal and Albayrak do not get along well.

Even after Albayrak’s resignation, Turkey’s main Opposition deputy, Faik Öztrak had called the incident a “family feud”. He also took a dig at Erdoğan and said, “Our nation doesn’t have to suffer the whims of the one-man regime.”

Such has been the political atmosphere in Ankara that Berat Albayrak’s father Sadık Albayrak had to make an attempt at fighting speculations after Berat’s sudden resignation. Sadık said, “As the whole family, it is not possible for us to forego standing straight beside Recep Tayyip Erdoğan, who I call my Noor-ul Ayn (“the light of my eye”), and the AK Party, a party with a cause, until death.”

Sadık’s explanation sounds less like clarification and more like an attempt to placate the Turkish President. It seems that Erdoğan is possibly growing wary of his son-in-law, especially because the Turkish President is himself not able to inspire a lot of confidence in his brand of governance.

Albayrak’s departure was clearly more political than economic. It is true that Turkey’s economy has failed and that Turkish currency Lira is in a deep crisis. But then it is well-known that Albayrak was simply kowtowing to his father in-law’s diktats of keeping the interest rates low in the false belief that high-interest rates cause further inflation. If Turkey is passing through a painful economic crisis, it is because of Erdoğan’s policies and not Albayrak’s.

Anyhow, Berat had to be scapegoated for two possible reasons- one, Erdoğan doesn’t want to take the blame for ransacking the Turkish economy and two, he wants to ruin his son-in-law’s political career even though the Turkish President was once grooming Berat as his heir-apparent.

The speculations of a “family feud” in Turkish political corridors point towards the possibility of real danger for Erdoğan. It seems that Turkish President’s son-in-law might as well ruin Erdoğan’s Khalifa ambitions.