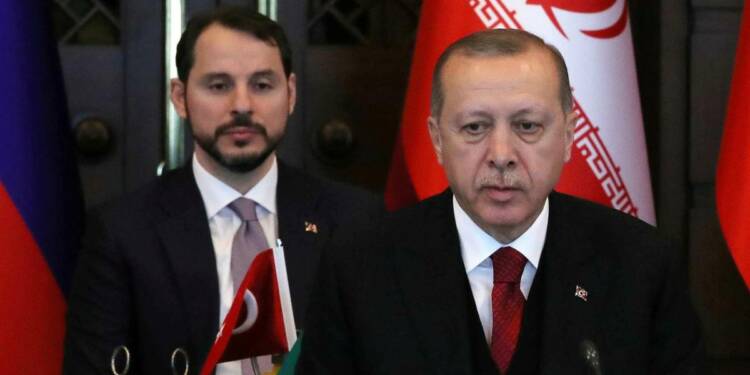 Turkey’s economy is at the brink of a complete breakdown, but it seems that all that Turkish President Recep Tayyip Erdoğan can manage is purges and scapegoating amidst an acute economic crisis.

Over the past few days, Ankara has witnessed two surprise exits in the top echelons of its economic policymaking circles. First, Erdoğan fired Murat Uysal, Governor of Turkey’s central bank, and then Turkey’s Finance Minister and Erdoğan’s son-in-law, Berat Albayrak decided to dump the Turkish President and resign from the key post.

The two sudden exits come at a time when Ankara is battling a severe economic crisis. Turkish Lira has turned out to be the worst-performing currency this year and has slid as much as 30 per cent against the US Dollar this year. And then Turkey’s economy is also getting ravaged by spiralling inflation, and shrinking investment and growth.

However, Erdoğan is a wannabe strongman and a clear narcissist. Therefore, he doesn’t want to take the responsibility for destroying the Turkish economy. So, he had to kick people out or abet their resignations in order to inculpate them for Turkey’s economic collapse.

Take, for instance, Murat Uysal, who is being clearly punished for Turkey’s erratic monetary policy. But then it was Erdoğan who was not allowing a hike in interest rates. It was the Turkish President who made the absurd argument that higher interest rates push inflation. Erdoğan’s insistence on keeping interest rates low clearly led to easier borrowing and still higher inflation.

But by firing the central bank’s Governor, the Turkish President is trying to suggest that it is Uysal who was responsible for Turkey’s erratic monetary policy.

Similarly, Berat Albayrak’s sudden resignation and its acceptance by Erdoğan come as quite a surprise. Till now, it was being expected that Erdoğan would groom his son-in-law as a political heir. Wolfango Piccoli of consultancy Teneo said, “Erdoğan spent a huge amount of political capital in advancing Berat’s path within the party.” Piccoli added, “He granted him unparalleled power and influence, and that came at a cost of alienating key figures in the AK Party.”

But then it seems that Berat has been somehow compelled to resign by Erdoğan himself. The fact remains that on Saturday, Erdoğan sacked the central bank Governor and replaced him with former Finance Minister Naci Agbal, a critic of Albayrak’s economic policies.

Reuters even quoted an economic official as saying, “The person that was appointed was not someone Albayrak could work with, not someone who had similar economic views.” Agbal’s appointment clearly ran counter to Albayrak’s wishes. Erdoğan’s son-in-law did not directly allude to a conflict within the Turkish political dispensation but he did state that a “difficult time like this, where good and bad are mixed, where it is difficult to differentiate between truth and lies”.

Albayrak and Uysal were the leading faces of Turkey’s economic policymaking. Now, both of them seem to have fallen apart with the Turkish President in a rather awkward and embarrassing manner. Turkey’s economy is falling apart and so is the Erdoğan administration.