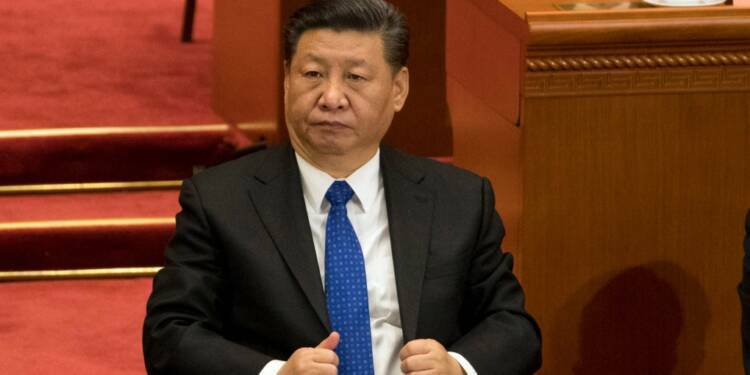 Majority of world countries and their citizen have developed a highly negative view of the Communist regime in China. While the country stands isolated internationally, the possibility of it facing a consolidated international action post-pandemic scenario is very high. And at a time like this, Xi Jinping during his G-20 speech has proposed using a global QR code system to enable international movement of people amid the coronavirus pandemic. It was his alternative for the multiple travel bubbles that countries all over the world are creating. However, the question remains, why is he proposing this?

The answer lies in the multiple polls conducted which tell us that the whole world population has turned against Communist China and a massive majority of them think that the current crisis is of Beijing’s making. After all the aggressive actions around the world, the situation is such that Xi Jinping is his only friend. And after months-long wolf warrior diplomacy, as the adrenalin rush has ended, China finds itself all alone, and this time it is the QR codes which it wants to use to get some friends back as well as some business.

The countries are moving out of China, be it industries, people or investments. The public opinion for China is depleting day by day and coupled with the number of countries notifying advisories to not to travel to China, it is having a disastrous effect on its tourism industry. In addition to this, the countries are also encouraging their companies to move manufacturing out of China. The most overt example is Japan, with two companies already on their way out of China and into India with the Japanese government’s economic support.

Read more: China’s economic mess has officially begun. A $6 Billion Bond sale cancellation is just the tip of the iceberg.

China is simultaneously getting cornered geopolitically. It is facing containment on multiple fronts, be it Quad, multiple trilateral and minilaterals as well as the USA creating a coordinated effort of these multiple laterals to effectively contain China.

China had earlier thought that the RCEP will be the one-stop solution for all its problems but, Japan and Australia have made it sure that it is not the case, and which is why China is now looking for a separate FTA with South Korea and Japan. Such is the situation of China, where it can nither swallow all the embarrassment and nor it can spit it.

Read more: Why China is not at all optimistic about RCEP anymore

Now with India gaining traction and support in its confrontation against China in the Himalayas, and Taiwan too getting weapon upgrades, China finds itself with no avenue to feed its nationalism. With the realisation kicking in that it cannot take on the whole world, it has now started talking about cooperation and strategies like the QR code, which will act as ways to increase its public person as well as improve the tourism industry health. The efforts are not an initiative but the last moment desperate effort to serve its self-interest and not as it is trying to package it.