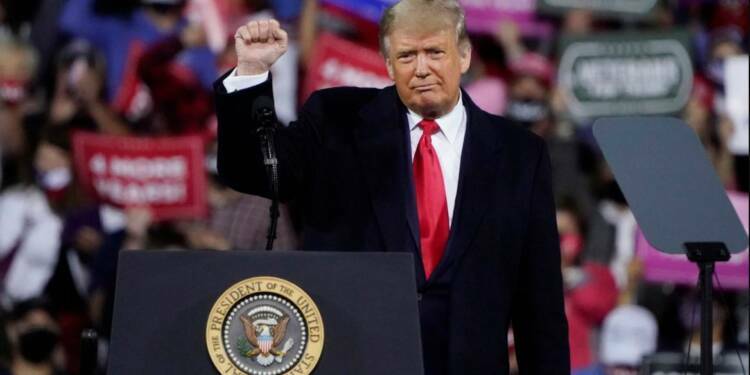 President Donald Trump has refused to concede defeat, despite Joe Biden being projected as the next President-elect of the United States of America. As a matter of fact, President Trump is adamant and relentless in his assertion of the recent Presidential polls being rigged and marred with what is called ‘voter fraud’. Interestingly, President Trump is not just speaking of a continuation of his Presidency for the next four years but is also taking decisions to the same effect, which suggests that he would most likely smoothly undergo a transition as the 46th President of America.

To authoritatively predict whether Donald Trump will become the President again, despite Joe Biden being projected as the winner, is definitely not possible. However, we can indeed confidently say that ‘Trump 2.0’ is already here, and that it is here to stay.

Trump 2.0, although it may sound hilarious, is not contingent upon President Donald Trump winning another term. In fact, when looked at from the foreign policy prism, rest assured, the world is going to see four more years of Trump diplomacy, even if he is not inaugurated President on January 20 next year.

As of now, the Trump administration is making fast-paced foreign policy decisions. Already, President Trump has internationally achieved much in his four years as the President. What Trump has achieved, would be next to impossible for Joe Biden to reverse. The only legroom which Biden might have is to be a bit harsher with Russia, and somewhat lenient with China. Apart from these two areas, America’s foreign policy is set to follow the Trump doctrine for four more years.

Read more: Joe Biden is not even in office yet but Xi Jinping is already laying his traps

TFI has already reported how President Trump has expedited the American troop withdrawal plan from Afghanistan, reducing the American troop strength in Afghanistan by half, to a mere 2,500.  By calling back troops from Afghanistan, Trump can successfully end America’s longest war. Once the troops are withdrawn, it would be a near impossibility for either Joe Biden or successive Presidents to redeploy them, as they would then have to live with the fact that they initiated a war which America was completely withdrawing from.

Read more: Is Joe Biden a closet conservative? There is ample evidence that suggests so

Trump already has been able to script history with the signing of Abraham Accords, which have brought the Arab countries and Israel unthinkably closer to each other. Therefore, President Trump’s enduring foreign policy is not going anywhere just yet, even if Joe Biden takes over as the 46th President of the United States.

Interestingly, Secretary of State – Mike Pompeo reached Doha, Qatar on Saturday to meet representatives of the Afghan government and Taliban. The meeting came in the backdrop of the US announcing its decision to cut American troop strength in the war-ravaged country by half. Pompeo, in a historic visit, also toured a Jewish settlement in the contested West Bank and Golan. In fact, after November 8, Pompeo has also visited France and Abu Dhabi, signalling to allies that the Trump administration was in no mood to halt their work, leave alone giving up the office to Joe Biden.

Meanwhile, a historic announcement also came from US Secretary of the Navy Kenneth Braithwaite, who made it known that the US was looking to establish a new First Fleet “in the crossroads between the Indian and the Pacific oceans”.

Braithwaite was quoted as saying by military website USNI News that “We can’t just rely on the Seventh Fleet in Japan. We have to look to our other allies and partners like Singapore, like India, and actually put a numbered fleet where it would be extremely relevant if, God forbid, we were to ever to get in any kind of a dust-up.”  Once materialised, the setting up of a numbered fleet in the Indian Ocean would mean a death knell for China.

Read more: Joe Biden will have no option but to follow Donald Trump’s “Indo-Pacific” strategy

One would have expected Donald Trump to take a break and get to business, trying to protect his presidency. However, his administration seems to in fact being concentrated on taking irreversible decisions on the foreign policy front, to ensure that a Trump 2.0 regime exists despite him maybe physically not being the President.