This is what China thinks of Biden 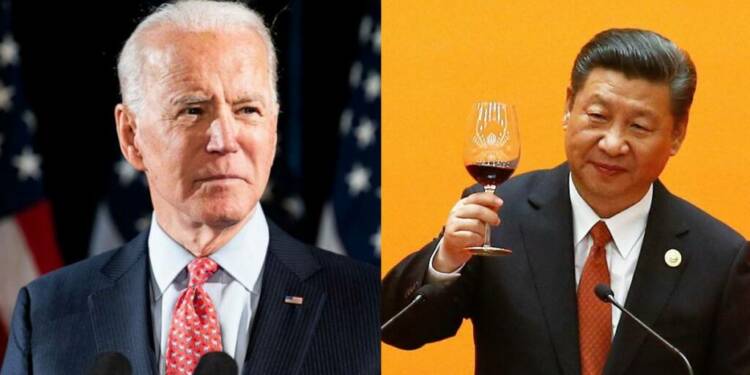 The US Presidential poll results might still be uncertain, but Joe Biden’s purported victory is already emboldening China. With President Trump at the helm of affairs in the White House, China’s global domination ambitions had come to a grinding halt. But now Beijing thinks that Biden would storm to power and therefore the paper dragon has resumed its world dominance march.

As per a latest South China Morning Post report, a Chinese government adviser, Zheng Yongnian has said, “He is certainly a very weak president, if he can’t sort out domestic issues, then he will do something on the diplomatic front, do something against China.” So, this is what China thinks about Biden- “very, very weak”. The latest remarks come at a time when Chinese belligerence is peaking all over again and Chinese diplomats have also started using violent language.

The Chinese government adviser was speaking in an interview on the sidelines of the Understanding China Conference in Guangzhou. Zheng said, “The good old days are over … the cold war hawks in the US have been in a highly mobilised state for several years, and they will not disappear overnight.”

Zheng was pushing the usual rhetoric of Biden facing domestic pressure and deflecting it by taking advantage of the American resentment against China. But in the process, Zheng has ended up revealing how the Xi Jinping administration works- it fears the Trump administration and thinks that a Biden administration would be weak and soft on China.

It is no surprise that after the US Presidential poll results were announced, China went back to its old ways notwithstanding the voter fraud allegations that have cropped up in the United States.

Zheng himself said, “The good old days are over … the cold war hawks in the US have been in a highly mobilised state for several years, and they will not disappear overnight.”

Consider this- China had started seeming somewhat timid with Trump’s tariff wars and military build-up in the South China Sea, apart from the activism shown by the QUAD in the Indo-Pacific.

But what is it doing now after the US Presidential polls? China is pushing global domination ambitions like the Regional Comprehensive Economic Pact. Beijing is also trying to join the Comprehensive and Progressive Trans-Pacific Partnership Agreement (CPTPP).

Xi Jinping seems to think that with the possibility of a ‘very weak’ Biden coming to power, Beijing can replace Washington when it comes to assuming the global leadership role.

Within Beijing’s strategic circles, the sentiment is such that Trump would frown upon China if Beijing embarks on a misadventure. But after the US Presidential polls, China’s wolf-warriors have once again gone out of its way to use bellicose diplomatic language like warning the Five Eyes nations that their eyes would be ‘plucked out’ or creating a list of complaints against Australia.

China feels free with the possibility of a ‘very weak’ Biden becoming the US President. And therefore, the paper dragon has gone back to its extortionist, dominating ways after a brief interregnum during Trump’s Presidency.