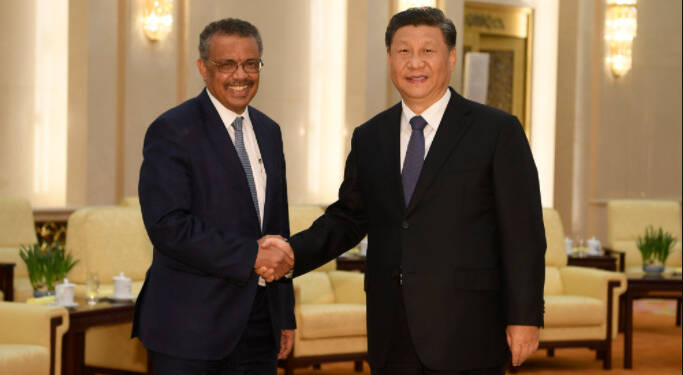 The Chinese have been at the receiving end of all the world’s wrath and anger for not acting like a mature nation and making the whole world suffer due to the virus emanating out of Wuhan. And it was not just the Communist Party of China, but the World Health Organisation (WHO), too gave false information as well as stood by Beijing’s misinformation campaign, becoming a party in the worsening of the pandemic to the level it has reached currently.

Now, staying loyal to their masters, WHO will be teaming up with the researchers whose study suggests that the virus originated in Italy, months before the eruption of COVID-19 in China. This has been keeping up the decoration of the investigation of Wuhan being the epicentre of the pandemic.

The fact that the WHO plans to run tests with Italian researchers, who had earlier made contentious claims of the virus originating in Italy, by their peer-reviewed findings makes it even fishier. The researchers have made these observations based on their analysis of tests of blood samples from a cancer screening carried out starting before the pathogen was detected in China. The research and the support it is garnering by the WHO, as well as other China’s allied agencies, makes it obvious that the effort is motivated by Chinese intentions to shift the blame of the virus to someplace else.

China knows it very well that the amount of hate and detest, it has garnered will be unsurmountable by any goodwill it tries to do, and doing good is not its nature, so instead Beijing wants to shift the blame on some other country. Earlier it was the USA, then came the time of Italy and now the Chinese scientists are even claiming that the virus could have been originated in India.

They are claiming anything and anywhere under the sun to be the origin of the Wuhan virus, but China. And at a time like this, how much China would pay any group of researchers who can provide a shred of legitimacy to the Chinese claims should be unimaginable. The claims have been music to the ears of the Chinese Communist Party, as the foreign ministry spokesman Zhao Lijian told a media briefing that “even though China was the first to report coronavirus but doesn’t necessarily mean China is where the virus originated”.

Now, WHO is also following the suit of its masters, and is planning to assist the researchers in Italy, who have claimed it to be the epicentre of COVID-19 pandemic. This is just doing the bidding of their masters, WHO is also leading a namesake enquiry on the Wuhan origin theory. But, the fact that it is headed by the previous PM of New Zealand, who is in the good books of China, makes it just a decoration.

Read more: Head of inquiry into WHO’s flawed Coronavirus response has China ties and is making articles against her disappear.

China alongside the WHO is trying to create the biggest narrative spin of the decade, as it has successfully made it the case that people are not calling it the Wuhan virus and instead of calling it the COVID-19 pandemic, tells us how impactful and of utility the WHO is for China to change the international perceptions. Even though, the USA under Donald Trump has always called it either China virus or Wuhan virus, the relentless campaigning of WHO made sure that it does not become the lingua franca. Thus, the USA getting out of WHO is understandable.

Read more: WHO is doomed as the whole world is realising its China-bias and its role in causing the pandemic.

However, the USA moving out of the WHO and not financing it anymore means that China now has an unchallenged sway over the organisation and its functioning. Thus, the WHO’s actions moving forward would be to just support the Chinese cause of moving world anger elsewhere so that Beijing can be saved from the wrath of the international community.