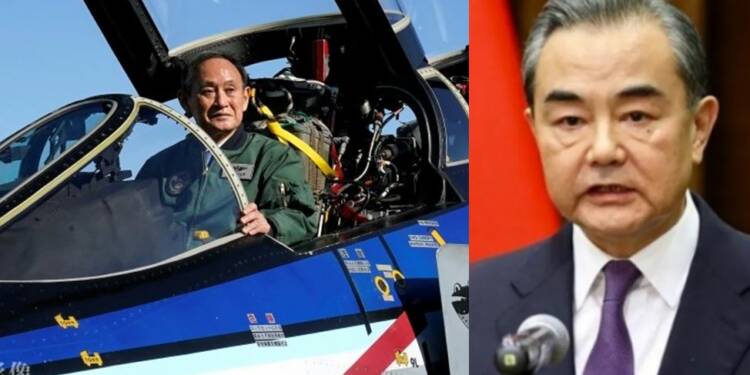 China’s Foreign Minister Wang Yi’s State visits seem to be doing more harm than good to the Middle Kingdom. Recently, Yi’s tour to Japan became a source of unbearable humiliation for Wang Yi and his country. But now it seems that the Chinese Foreign Minister’s clumsy Tokyo visit might be an even bigger catastrophe for Beijing. Following Yi’s visit, a furious Japanese PM has asked the military forces to gear up for new challenges.

Wang Yi was supposed to visit Tokyo, placate Japan which has been decoupling from China and somehow fix a State visit for Xi Jinping to Tokyo. But Yi’s hopes were dashed when Japan made a huge issue out of Chinese transgressions into Japanese waters around the Senkaku Islands in the East China Sea. In fact, Yi has made the Suga administration furious, so much so that the Japanese PM is virtually asking his defence forces to be war-ready.

Today, questions about Yi’s attempts to assert sovereignty over the Senkaku Islands are being raised in the Diet, Japan’s national legislature. The Suga administration is furious and wants to make it clear that the Senkaku Islands is an inalienable and integral part of Japan’s territory. And the big message is coming directly from Japan’s Prime Minister, Yoshihide Suga.

As per the latest reports, Suga on Saturday advocated bolstering the multifunctionality of Japanese Self-defence forces, while emphasising the fight against COVID-19, and the growing importance of Space and Cyberspace in the country’s defence.

Suga said, “The security situation surrounding Japan is becoming more and more strained. It is necessary to take countermeasures in new areas such as space, cyberspace and electromagnetic radiation. It is important that the ground, maritime and air self-defence forces overcome the inter-troop obstacles and take on these tasks together.”

The Japanese Prime Minister made these remarks during a review of troops at Iruma Air Base near Tokyo. This year, the review ceremony wasn’t held with the regular fanfare. As many as 800 Japanese troops participated in the event, but it was held without spectators.

However, it was Suga who lit up the event with some clear messaging directed at the paper Dragon. His remarks about Japan’s security situation was clearly hinted at the need to tackle Chinese transgressions. And then, he also sat in the cockpit of an F-4 fighter plane that was about to be retired. This is as symbolic as it gets, as the Japanese Prime Minister is suggesting that Tokyo won’t back off in the face of growing Chinese belligerence.

Suga’s pictures in the F-4 fighter aircraft are now flooding Japanese media outlets and have also percolated into media houses of other countries. And Suga’s bold message to Xi Jinping has therefore been successfully delivered.

Suga seemed like a soft man to many, when he assumed office. Beijing itself was thinking that Suga will be no Shinzo Abe and that it would be easier to repair bruised Sino-Japanese ties with Suga at the helm of affairs. But now Suga is making it clear that he is no walkover. Yi’s disastrous visit has thus ended up making the Japanese PM war-ready.