It's embarrassing for Jinping 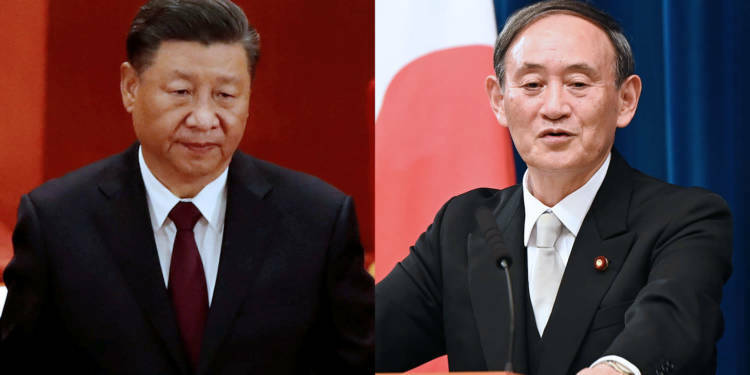 Much to China’s dismay, Japan has once again made it publicly known that a visit by Xi Jinping in the prevailing conditions is neither anticipated, nor favoured by it. To the same effect, while the Japanese Foreign Minister Toshimitsu Motegi divulged details regarding the visit of his Chinese counterpart, to the island country between November 24 and November 25, a non-welcoming tone with respect to Xi Jinping was well maintained.

In fact, Motegi did not shy away from squarely dismissing the possibility of Xi Jinping making a state visit to Japan anytime soon. This comes in a series of such snubs which have come from Japan in recent months for Jinping.

The Japanese Foreign Minister said the two countries are not currently considering rescheduling Chinese President Xi Jinping’s state visit to Japan, which stands postponed from the spring due to the Coronavirus outbreak, because according to Tokyo, they are focusing on their fight against the pandemic. Motegi, to not sound all too diplomatically abrasive, also made sure to garnish the fresh snub served to China, by saying that the upcoming meeting is important to resolve various issues of concern between the two nations.

The Chinese Foreign Minister Wang Yi is also scheduled to call upon Japanese Prime Minister Yoshihide Suga during his two-day visit to the country. Motegi, meanwhile, was quoted as saying, “I hope to frankly exchange our views on regional issues, the global expansion of the coronavirus pandemic, as well as other international issues.”

The token visit by China’s Foreign Minister will ensure that his country does not face international embarrassment of a magnitude never seen before, in line with which China’s President is cold-shouldered every time by the Japanese on the subject of him visiting Tokyo. It must be remembered that official visits by the state heads across the world have not really come to a grinding halt, and Japan as such is in no way leaving room for any doubt. It is openly and unabashedly snubbing Xi Jinping time and again, by simply refusing to host him, citing the prevalence of the pandemic.

Ever since China let loose the COVID-19 causing virus upon the world, Japan has been one of the least interested nations to engage with the paper dragon. In fact, Japan was among the first countries to launch a full-blown economic offensive against Beijing, not just for its mishandling of the pandemic, but also for its misadventures in the Japanese waters around Senkaku Islands. Japan, back when Shinzo Abe was the Prime Minister, had started with a $2.2 billion plan to provide incentives to Japanese companies based in China for moving out.

Read more: ‘Pack up and get out of there,’ Japan to spend $2.2 billion to get Japanese companies to exit China

Ever since Yoshihide Suga took over as the country’s Prime Minister, things have only gotten worse for Beijing. Whether it be Suga making his first visit to Southeast Asian nations, or whether it be him dialling the Chinese President only after having called the heads of six countries, the new Japanese Prime Minister has left no stone unturned to snub China.

Despite the pandemic, Japan has been actively engaging with the Quad – the strategic grouping of India, Australia, Japan and USA. As a matter of fact, it is business as usual in all aspects for Japan and the world at large.

However, when it comes to the issue of Xi Jinping visiting Japan, the paper dragon is immediately told that he is unwelcome. While Wang Yi will in all likelihood try and create a conducive atmosphere for the Chinese President’s desperately required visit to Japan, the Suga administration does not seem to be in the mood to relent. Therefore, the CCP General Secretary will perhaps give up on his dream of visiting Japan only after being openly snubbed fragrantly one last time.