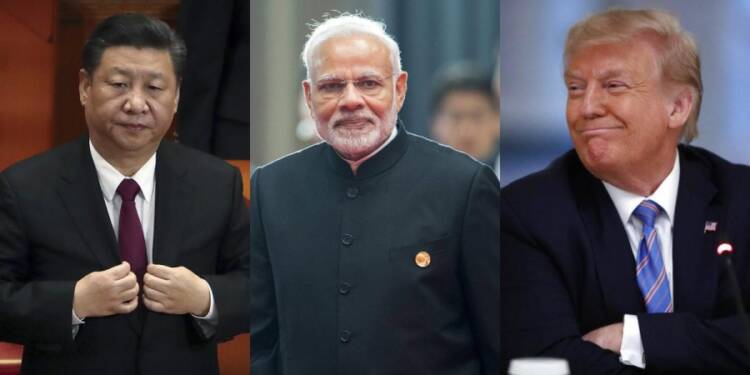 The tech wars waged by the United States and India against China, seem to be getting better of Chinese President Xi Jinping. While India has banned hundreds of China-based apps across several phases, the US has targeted Chinese tech giants like Huawei and Tencent. New Delhi and Washington have actually destroyed Beijing’s global tech dreams.

Now, China seems to have fired its first shot in the ongoing tech war. Xi Jinping administration has banned 105 apps under a so-called campaign to clean up app stores of apps which Beijing alleges to be promoting gambling, prostitution, pornography, and violent content. China has tried to send a message here that it can also ban apps if tech wars escalate. However, it doesn’t really matter as China has hardly any leverage against India or the United States.

Since the apps ban was more of a message than a real offensive, most of the apps banned are China-owned, as per a CNN report. The only American platform targeted is TripAdvisor, a popular app that features reviews of hotels and holiday destinations. China, of course, cannot find any real issue against the Massachusetts-based company and probably targeted it only in order to threaten the US against launching any future tech wars.

When it came to China’s tech industry, India and the US had several options to target. Chinese tech majors like Huawei, Tencent and Alibaba have been looking to expand their global footprint. So, India was able to target notable mobile applications like PUBG Mobile, AliExpress, TikTok and UC Browser. Such apps had a large user base in India and Beijing really felt the pain inflicted by New Delhi’s crackdown on Chinese apps.

The Trump administration too enjoys a lot of leverage over China’s tech industry. The White House could easily target apps like Tencent’s WeChat and TikTok. While TikTok has a huge user base in the US, WeChat is incredibly popular amongst Chinese expats living in the US. And therefore, both the bans come as a huge jolt for the paper dragon.

Moreover, Huawei’s 5G tech ambitions have always been on Trump’s radar, much to China’s chagrin. But does China enjoy any such leverage against the US or China?

When it comes to the US, it is amply clear that China cannot really hurt Washington in the tech domain. The biggest of American tech or social media giants like Facebook, Google, WhatsApp, Instagram and Twitter already have a feeble presence in China. Beijing has blocked these apps through the Great Firewall. Truth be told, China cannot ban big American apps because it never allowed such apps to gain presence in the Chinese market.

As for India, there is no Indian app with considerable market presence in China. The Indian app industry is still in the developing phase and it has nothing to worry even if China doesn’t open its doors to any future Indian apps. Indian app makers will always have the option of tapping into the huge domestic market, as well as other markets like the US.