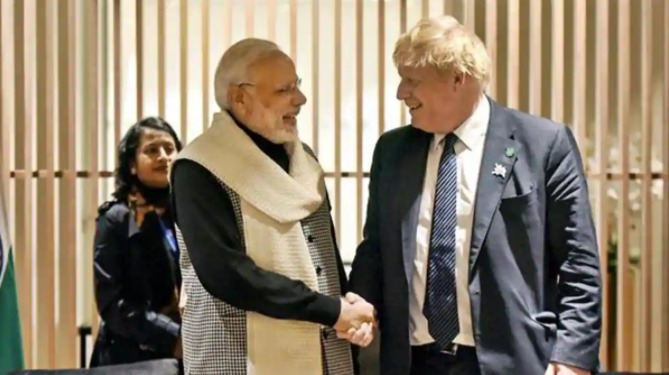 With India on his side, the Prime Minister of the United Kingdom, Boris Johnson is confident enough to maintain his international standing and take the European Union head-on. Standing against the EU for Brexit is a quite strong move from his end but with Joe Biden all-set to become the next President of the US, it is becoming difficult for Boris to maintain his political stature.

His popularity suffered severely because of the ill-handling of the China-born Coronavirus early this year. As a result, the ‘remain’ lobby has gained extensively in recent months. With Trump going to vacate the President’s chair for Biden, Boris Johnson shall be left out all alone against the brutal EU pressure.

PM Johnson’s India retreat in January next year for India’s Republic Day celebrations is almost sure. To diplomatically counter the Pro-EU and anti-Brexit narrative both domestically and internationally, PM Johnson needs the support of a financially strong India.

With his visit to India, Boris Johnson hopes for a ‘Namaste Trump’-like event for him as well. This will help him garner the domestic support of the powerful Indian diaspora and internationally, the diplomatic support of India for the UK will go a long way.

The EU with its incompetence has also been slow and reluctant in signing a Free Trade Agreement with India. Boris Johnson is smart enough to grab the opportunity to trade with India. His India visit is also important as a post-Brexit FTA between India and the UK is also right around the corner. The UK PM is pushing hard for a no-deal Brexit which is scheduled for December 31. He is reportedly working hard to break the rift that was created with the EU. He is flying to Brussels to mend the issue with European Union over a Post-Brexit Trade agreement.

Read More: It’s India for UK and UK for India and the EU stands rejected by both

Both parties have very little time to reach an agreement. Both are eager to settle for a deal that will fix the points of contention. The UK and EU have been doing cross-business without paying border tariffs and customs duties. After Brexit, this all shall be changed unless the UK and EU come to a fair agreement, the chances of which look slim. The primary issues that concern both parties continue to be an absence of a level playing field and standards that mean businesses in one country don’t have an unfair upper-hand over their competitors in other territories.

The UK regards the existing rules in the EU mandate as against the British reservations as an example in the field of labour laws and environmental rights. Another issue that is important for the UK is its sovereignty over territorial waters, seen as a matter of pride among British citizens.

Boris Johnson had stated last year that Post-Brexit, there shall be urgency for professionals in the UK and India, and Indians will have to fill the gap if both nations pursue the issues of mobility and short-term travel. PM Boris Johnson is quite eager to visit India on the Indian Republic Day as it provides him with an upper hand against the dealings with the European Union and in the absence of Trump’s America India shall give the UK a diplomatic cushioning it desperately needs.

After India, Japan gives a huge blow to China in Myanmar. China’s bets on Aung San Suu Kyi have failed