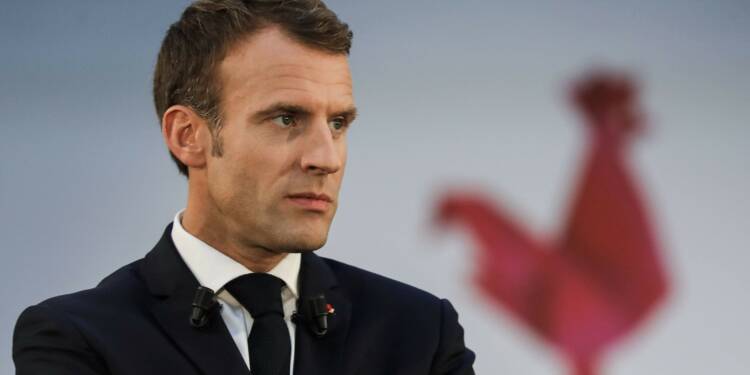 After the beheading of Samuel Paty, Macron has been on the offensive to deliver a strong, rightful response against the radicalization of Islam in France. Macron has risen to lead his people amidst heightening extremism and had called out radical Islamists for their radical approach which was against the French way of life, or the French Lacite. And now, he has delivered a blow that will stem the rise of Islamist extremism.

Emmanuel Macron became the tallest leader in Europe when he took the fight to radicalization, but, it also attracted a lot of criticism. With President Recep Tayyip Erdogan labelling Macron’s stance as an “open provocation” and saying Mr Macron was “mentally ill,” already strained relations with Turkey were further undermined. Protests in Islamic countries such as Pakistan and Bangladesh to boycott French products and France, in general, broke out and US envoy on religious freedom, Sam Brownback, said: “When you get heavy-handed, the situation can get worse.” But Macron stood his ground and now the French cabinet has approved a bill that will target the rise of radicalization in France.

A bill aimed at fighting radical Islamists after a string of terrorist attacks has been approved by the French cabinet. The draft legislation, part of President Emmanuel Macron’s long-term campaign to preserve secular principles, tightens home-schooling laws, and hate speech.

The bill “supporting Republican principles” would increase controls on online hate speech and forbid the use of the internet to maliciously expose other people’s personal information.

The legislation also forbids “clandestine” schools that embrace Islamist ideology. It will also enforce the polygamy ban by rejecting polygamous applicants for residency. For conducting virginity tests on children, doctors could be fined or forbidden.

For Muslim associations, there are new rules on financial disclosure and a condition that they adhere to the Republican principles of France in exchange for funding. For some time, the draft law has been under review, but recent Islamist attacks have moved it up the agenda.

The murder of Paty was one of three assaults that outraged France. Three people were killed in a stabbing in October at a church in Nice. In September, in Paris, near the former offices of Charlie Hebdo, where Islamist militants carried out a deadly assault in 2015, two people were stabbed and seriously wounded.

Moreover, the bill is also the end for Erdogan’s dreams of rising an extremist sentiment in French Muslims. Since French President Emmanuel Macron moved to crack down on Islamist extremism after several attacks on its soil.

Erdogan called for the removal of Macron and labelled him a rouble for France, he had said: “Macron is trouble for France. With Macron, France is passing through a very, very dangerous period. I hope that France will get rid of Macron trouble as soon as possible.” France and Turkey’s relations hit new lows after rounds of invective politics and fighting over the Nagorno-Karabakh region was intensified.

France has been battling for new reinforced sanctions in the EU against Turkey. European Council Chief Charles Michel, said “We are ready to use the means at our disposal,” after expressing dismay over Ankara’s “unilateral acts” and “hostile rhetoric”.

Islamist influence in France has been on Macron’s agenda but the recent attacks have expedited the actions. The French Secularism is enshrined in France’s constitution and Macron has gone a long way to defend it but his strong stand has attracted a lot of criticism especially Erdogan whose hopes for igniting Islamist extremism in French Muslims are being structurally and institutionally being withered away.