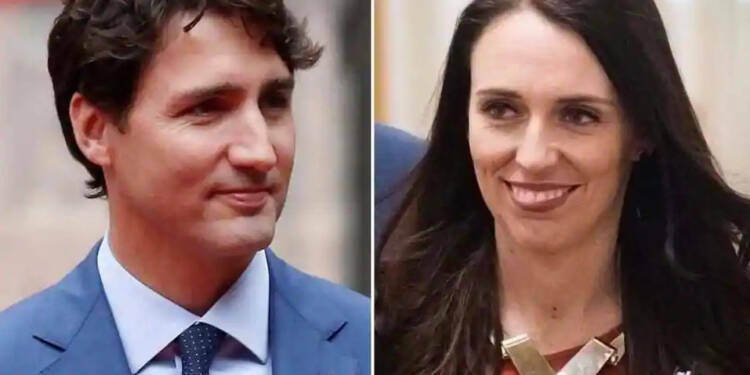 The Five Eyes Group, which consists of Australia, New Zealand, Canada, the US and the UK, and is seen as the most potent intelligence-gathering body in the democratic world, is witnessing an internal tussle. The group is seemingly compromised from within with the Canadian Prime Minister Justin Trudeau and his Kiwi counterpart Jacinda Ardern succumbing to Chinese pressure.

However, other Five Eyes leaders- Trump, Johnson and Morrison are now throwing a tough test to check the commitment of Canadian and Kiwi political leadership towards democratic principles. Presently, Beijing has been targeting Australia with commercial sanctions and unreasonable trade tariffs amidst the ongoing rivalry between China and the free world. Now, Five Eyes leaders are trying to figure out a way to combat Chinese sanctions. Cooperation within the intelligence grouping is reportedly at the top of the agenda.

Ideas like coordinated sanctions against Chinese goods are doing the rounds. Another way to go about it could be that Canberra imposes retaliatory tariffs on Chinese goods and the Five Eyes nations refuse to make up for the shortfall in Chinese exports.

The latest NewsCorp report about preliminary discussions within the Five Eyes group on the issue of China’s sanctions comes amidst growing signs of a Chinese tendency to mix geopolitical or ideological differences with trade or commerce. Australia has been the biggest victim of such vindictive Chinese strategy. China has imposed steep tariffs and other barriers on a range of Australian goods including Barley, meat and wine.

Yet, both China and New Zealand have shown the intent to push their close ties with Beijing. They do keep making token statements against Chinese human rights abuses and other issues like Beijing’s “hostage diplomacy”.

But patently embarrassing issues keep cropping up such as Trudeau’s invitation to the Chinese People’s Liberation Army (PLA) for learning cold-weather military tactics or Ardern government’s decision of not signing a Five Eyes statement against China’s actions robbing Hong Kong of its freedom. Also, political leaderships in both Canada and New Zealand have been often caught going soft on China.

The free world needs to exhibit a sense of solidarity against China at a purely diplomatic level. Therefore, you will find that Trump has lent full support to Canada over the detention of two Canadian nationals- Michael Kovrig and Michael Spavor by China.

The other big China hawk in the Five Eyes- Scott Morrison too, has avoided criticising his Kiwi or Canadian counterpart publicly. Still, the UK, the US and Australia do understand how Jacinda and Justin are weakening the intelligence group from within through their Sinophilia.

By encouraging anti-China, economic cooperation within the Five Eyes, Morrison, Trump and Johnson want to put the two pro-China leaders in a fix. Jacinda and Justin are being made to move beyond issuing tokenism.

If the world’s most powerful intelligence-gathering body takes up a patently economic dimension, then it would kill two birds with one stone. One, it will absorb much of the seismic effect that Chinese trade sanctions can inflict. Two, it will test the loyalties of two leaders who claim to stand by democratic principles and yet engage China at a functional level.

Jacinda and Justin were being given a long rope on the China issue, and yet they have failed to deliver. Now, they are being given a real test to prove their allegiance to the democratic world.