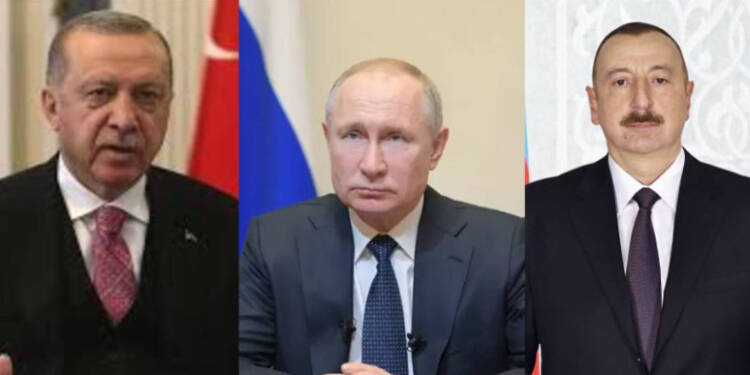 Almost a month after a peace deal was brokered by Russia between Armenia and Azerbaijan, resulting in short-lived jubilation on the streets of Ankara and Baku, it has now been reported that by courtesy the presence of Russian peacekeeping forces in the Nagorno Karabakh region, close to 40,000 Armenians have returned to their homes and are well on the path of having some normalcy restored in their lives, after close to six weeks of intense fighting, which until the last month had resulted in the displacement of over 90,000 Armenians from the contested region.

“Today 566 people were delivered by buses from Yerevan to Stepanakert. More than 39,700 refugees have returned to their places of residence in Nagorno-Karabakh,” the Russian Defense Ministry informed on Tuesday. Russia’s peacekeepers are in Nagorno-Karabakh under the agreements confirmed by the November 9 joint statement on a full ceasefire in the region made by Russian President Vladimir Putin, Azerbaijani President Ilham Aliyev and Armenian Prime Minister Nikol Pashinyan, news agency TASS reported.

Although unstated many times, the core of Azerbaijani-Turkish aggression against Armenia is a sense of religious infidelity practised by the political leaders and citizens of Armenia in the eyes of the largely-Islamic nations. Already, Nagorno Karabakh as a region was hotly contested between the two sides, and recent moves of Armenia to bring in its people into the disputed region, albeit steadily, triggered the two Muslim-dominated countries of Azerbaijan and Turkey to step up their game against a Yerevan, largely the capital of Christian Armenia.

Therefore, now that Russia is aiding Armenia in resettling its citizens in the Nagorno-Karabakh region, it would not be an overstatement by far to say that Turkey and Azerbaijan have been played. While the aim of Azerbaijan, aided by Ankara was to ensure that a demographic change is brought about in the region by settling Azeris therein, Russia is now playing spoilsport and ensuring that Armenians are the ones who, rightfully so, are resettled in the contentious region.

TFI had earlier reported that Russia was playing a larger and long-sighted game by appearing to broker a largely pro-Azerbaijan peace deal last month. As it now turns out, it is Moscow which is exercising the bulk of the control in the Caucasian region via its peacekeeping forces. With Russian peacekeepers in place, Armenians are seamlessly being resettled in Nagorno-Karabakh, even as Baku and Ankara are forced to spectate on the same from a distance, without uttering a word.

Read more: Russia has not pulled back or backstabbed Armenia. Rather it has played Azerbaijan and Turkey in a big way

Particularly hit are the interests of Turkey, which, led by a rabid President Recep Tayyip Erdoğan is looking to rapidly increase its sphere of influence across the Middle East and the Caucuses, with aims to resuscitate the erstwhile Ottoman Empire. It is for this precise reason that Turkey, with aims of inflicting a demographic change in Nagorno-Karabakh, aided Azerbaijan by going out of its way during Baku’s hostilities with Armenia. Meanwhile, Russia has also sent a resounding message across that any Turkish interference in former Soviet territories will not be tolerated.

Russia has effectively checkmated Azerbaijan and Turkey by brokering a peace deal which appeared to favour them, but has now turned out to foil all of their devious plans. With Armenians getting resettled in Nagorno-Karabakh, the Azeris and Turks fought a futile battle which resulted in nothing more than them receiving a geostrategic spank by Moscow.