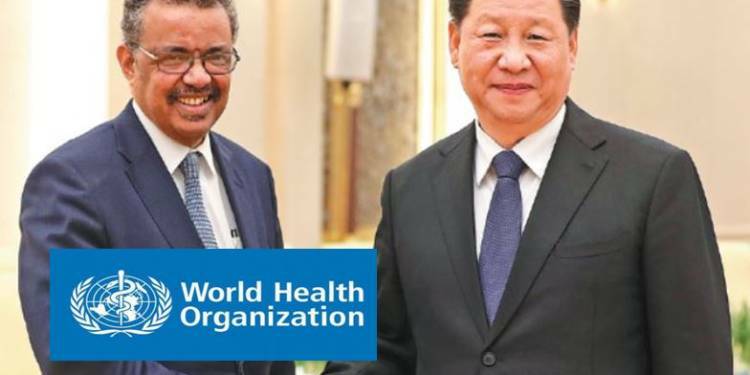 The pandemic has shaken the world to the core and how things have unfolded, a more grim lesson has been that not even the institutions of the United Nations meant for their assistance will actually show up for them in the time of need. This time, the usual suspect World Health Organisation, has again shown its inability to support the poor countries with COVID-19 vaccines. The WHO’s internal documents revealed that its global scheme to deliver Covid-19 vaccines to poorer countries faces a “very high” risk of failure, which will be disastrous for poorer countries, as it will leave their population of billions of people with no access to the safe and subsidised vaccines until as late as 2024.

This could have been taken at face value, but the fact that WHO has become a tool for forwarding Chinese interests, one cannot help but look at the obvious pattern in these revelations. The fact that failure of this vaccine programme will make these countries further vulnerable going ahead, and in such a scenario, China could utilize its phoney vaccines to firstly load them with immeasurable debt and then regain the lost clout and influence in the global south.

The WHO’s signature Covax scheme has been beset by a number of issues, including a shortage of doses of approved vaccines. The Covax programme is the main global scheme to vaccinate people in poor and middle-income countries in an effort to deal with the coronavirus. The plans were to deliver at least 2 billion vaccine doses by the end of 2021 to cover 20% of the most vulnerable people in 91 countries of the global south.

But Gavi in the leaked documents says that the programme is struggling from a lack of funds, supply risks and complex contractual arrangements, which could make it impossible to achieve its goals. “The risk of a failure to establish a successful Covax facility is very high,” says an internal report to the board of Gavi. These are the standard excuses that one expects out of the WHO, and one can very easily make out, how the organisation is giving the global south to China in a silver platter to regain its global influence and stature, which has hit rock bottom, given the worst possible foreign policy choices in between a pandemic. The fact that China will be sending the vaccines as its diplomatic tool, which 90% of the ascertained participants said no to, tells a lot about the efforts.

These realities make it all the more necessary for the world powers to look at the workings of WHO more seriously and not just leave them for countries like China, which will not think twice before using it as a tool for their own profit at the expense of poorer and more vulnerable countries. The fact that WHO has all the arrangements for the rich countries and not for the poor countries means that it is still fearful of confronting the powerful countries, but does not have consideration for the global south.