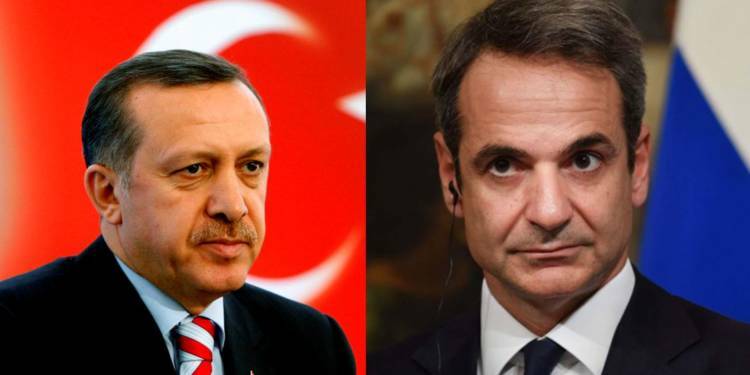 The Islamic State of Turkey, led by Erdogan and its deep involvement in surveillance and espionage tactics in foreign nations has once again come to light. According to a Reuters report, the Greece Police last week detained a Turkish consular official on suspicion of spying. The official, a Greek national employed with the Turkish consulate on the island of Rhodes, was arrested after being questioned a week ago. A second Greek national was also arrested simultaneously.

“One person was working at the Turkish consulate in Rhodes and the second man worked on a passenger ship which was operating the Rhodes-Kastelorizo line as a cook,” a police official told Reuters.

As soon as the news of the alleged spies and their arrest reached Turkey, the Erdogan regime was quick to change the target and accused Greece and its local police of violating the provisions of the Vienna Convention on Consular Relations. What Turkey didn’t know or purposely omitted was the fact that only diplomatic staff enjoys the immunity — not secretaries and translators, which the 35-year-old accused spy is.

“In the process that led to the arrest of our employee, who holds Greek nationality, Greece violated his freedom, security and respect for private and family rights in the framework of the European Convention of Human Rights and Vienna Convention on Consular Relations,” said the naïve Turkish Foreign Ministry in a statement.

It is being reported that in the possession of the two men were more than 2,500 photos of Greek targets, names, and numbers of ships, as well as snapshots of submarines during their mooring in Rhodes port. One of the suspects was accused of photographing movements of Greek armed forces in the Aegean Sea.

Greece and Turkey, traditionally have not seen each other eye-to-eye but lately, both nations are finding each other at loggerheads and it’s mostly because of Turkey’s misdoings.

Hagia Sophia – a UNESCO World Heritage site that was constructed in the sixth century during the reign of Justinian I, a Byzantine ruler was the main seat of the Greek Orthodox Church and remained so until the conquest of the Byzantine or Eastern Roman Empire by the Ottomans.

With such a deep-rooted ancient astral connection to Hagia Sophia, Erdogan’s stomping on the monument’s history and identity had not gone down well with the Greeks. Reported by TFI, churches around Greece flew their flags at half-mast in protest when Erdogan announced his unilateral decision. Greek Prime Minister Kyriakos Mitsotakis had even called Turkey a ‘troublemaker’, and the Hagia Sophia conversion, an ‘affront to the civilization of the 21st century’.

Recently a declaration was signed by a combined bloc of Cyprus, Egypt, UAE, France, and last but not the least, Greece to denounce Turkey’s illegal drilling efforts around Cyprus, its military intervention in Libya, and its maritime borders deal with the GNA. Turkey and Erdogan have been repeatedly encroaching Greece’s maritime boundaries and being a NATO ally of America, the Trump administration also has had to jump in the fray.

Therefore the discovery of spies going about their espionage duties should not come as a surprise to Greece. It might just be the tip of the iceberg as Turkey has a history of creating a deep espionage and surveillance web in enemy nations.