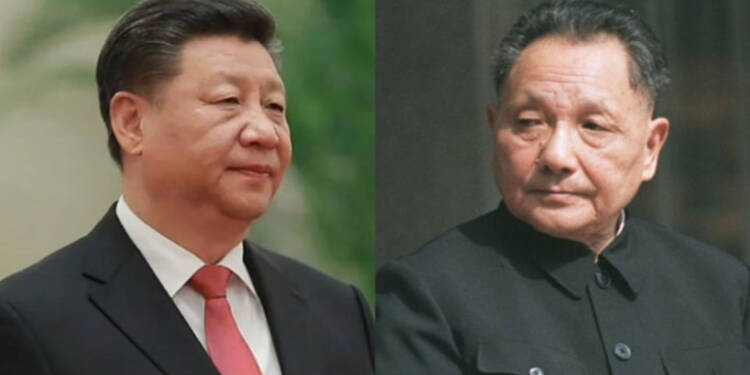 The year 2020 has been a horror year for China and its President Xi Jinping. After inflicting a deadly pandemic upon the world and receiving subsequent all-round backlash, the Chinese economy is now in a swirling tailspin. Reported extensively by TFI, one big blue-chip Chinese company after another is defaulting under Jinping’s nose and the investors are losing their faith in the mirage of the booming Chinese economy that once attracted them to the Far East country. However, it is the reversal of policies by Xi Jinping that has left the Chinese economists in a quandary.

Read more: China’s economic mess has officially begun. A $6 Billion Bond sale cancellation is just the tip of the iceberg

Since the 1990s, private Chinese businesses have fuelled stunning growth in the Communist nation. However, China’s sitting President Xi Jinping seems to like State-owned Enterprises (SOEs) more than the private firms. Rather than arresting the slide by bailing out the private companies, Xi Jinping is looking to engulf these firms and bring them under the umbrella of state-run companies.

Read more: For Xi Jinping, Harvest season is here and the fresh crop includes Alibaba, Tencent and others

Jinping’s approach is an acute reversal of the policies of former Chinese leaders like Deng Xiaoping, who brought in copious market reforms and fueled the growth success story. Xiaoping’s contribution is not only significant to China’s economy but he also set in motion the events that were to supposedly help China dominate the globe. Deng’s “Hide your strength, bide your time” philosophy was the cornerstone that helped Beijing in keeping the West at bay for a considerable amount of time, all whilst China became the ‘Factory of the world’.

Add to it, the former Presidents Jiang Zemin and Hu Jintao, who made a much more private sector-friendly environment in the middle kingdom. However, pin it to Xi Jinping’s accentuated paranoia, incompetence, or lack of confidence in his own security & the security of the CCP, the President of China has alerted the West about the middle kingdom’s nefarious plans of world domination.

If China had, instead, spent the next 20 to 30 years following Deng’s “bide your time” strategy, it would almost have guaranteed success. China would have slipped under the radar of the West and only emerged when it would have been too late for them to take any action.

Jinping’s hara-kiri decision-making can be gauged by the fact that he is clipping the wings of China’s richest man Jack Ma by increasingly putting his company Alibaba under duress. Xi is going out of his way to ensure that the Alibaba founder is not allowed to become any more influential.

Read more: Xi Jinping is making sure that China doesn’t see the rise of another Jack Ma

Ma’s fair criticism did not go down well with Xi, and in November, Xi Jinping’s administration abruptly halted a planned $37 billion stock listing by Alibaba’s Ant Group, that was set to be the world’s largest.

The ugly fight between Jinping’s CCP and billionaire Jack Ma took a symbolic yet threatening turn when the state-sponsored media started issuing veiled threats by putting up pictures which suggested that Ma could be blown up to smokes if he did not mend his ways.

Read more: Xi Jinping uses a Japanese painting of a horse in the clouds to scare Jack Ma into submission

The debt problem has seeped into every stratum of Chinese business, and yet Xi Jinping is failing to make reforms, or open up the economy further. Reported previously by TFI, as many as 57 companies have given up plans to issue combined fixed income securities worth 44.2 billion Yuan (or $6.72 billion) in China’s domestic market. The massive bond sale cancellation has come as a knee-jerk reaction after Huachen Automotive Group defaulted on payment of principal and interest of a 1 billion Yuan bond last month.

The debt-piling conundrum has not been helped by China’s aggressive ‘Wolf Warrior diplomacy’. The abhorrent form of diplomacy practised by Jinping’s diplomats has stripped it naked in front of the globe and post-Corona world order is increasingly looking suspicious to deal with China, in any capacity whatsoever.

The times are tough for Xi and his Politburo but the overt size of his inflated ego is stopping him from making rational decisions. China’s downfall has begun and unlike what the experts predicted, it is not the West that pressed the destruction button, it is Xi Jinping himself.