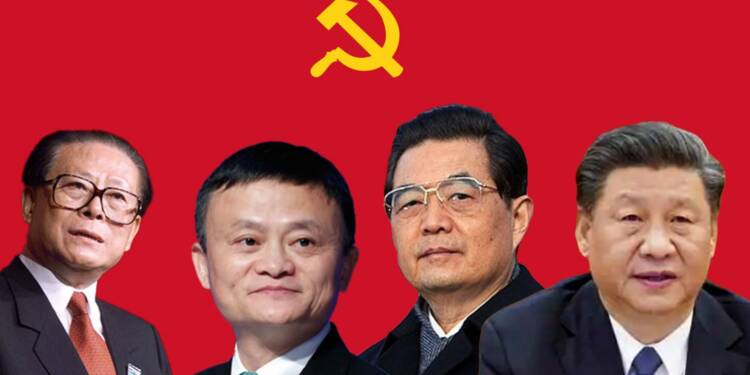 For a nation that saw one of the world’s most devastating famines in the 1960s, China has come a long way. Since the 1990s, private Chinese businesses have fuelled stunning growth in the Communist nation. However, China’s sitting President Xi Jinping seems to like State-owned Enterprises (SOEs) more than private firms. Xi is now targeting private firms that mushroomed in the Chinese economy during the Presidential terms of his predecessors- Jiang Zemin and Hu Jintao.

Over the past two years, Xi’s China has witnessed State-owned Enterprises and local governments gobbling up many small and some big private firms. And now as Xi prepares China for its fourteenth Five-year plan, Xi seems to be targeting leading Chinese tech giants, which are a legacy of Hu Jintao’s era. Xi has vowed to step up “anti-trust efforts” and prevent “disorderly expansion of capital”, in the larger backdrop of vindictive action against tech firms like Alibaba and Tencent.

Read More: Could Jack Ma stage a coup against Xi Jinping? Well, Jinping is already preparing for it

Xi has himself called for SOEs to be “stronger and bigger.” And the Chinese President has ensured that the call for bolstering SOEs doesn’t remain just a slogan. He has seen to it that China’s State companies become bigger by acquiring private businesses.

Over the past few decades, Chinese SOEs were shrinking in size whereas the private firms were growing bigger. But several of Xi’s policies have contributed to the decline of China’s private sector. The private sector has been drained of credit by the Chinese Communist Party (CCP)-controlled banking sector. Xi’s administration has made it clear the private sector would be compelled to check ‘overproduction’.

Read More: Xi Jinping uses a Japanese painting of a horse in the clouds to scare Jack Ma into submission

Also, Xi is running a campaign against financial risk, and therefore the private sector finds it hard to borrow from Chinese banks. A record number of private firms have thus decided to sell stakes to SOEs or local governments.

Take, for instance, Huang Shuishou, who is called China’s “king of plastic film”. Starting with a humble unit in eastern Zhejiang province, Shuishou built a huge empire and his Shenzhen-listed entity Zhejiang Great Southeast Co. got involved in plastic packaging for several products including Lithium batteries.

But in June 2019, Shuishou was forced to sell his entire 27.9% stake in the listed company for $168.5 million. And guess who was the buyer? Zhuji Water Group Co., a State-run water utility.

Similarly, Beijing OriginWater Technology Co., a provider of sewage-treatment services, was forced to sell a controlling stake to a subsidiary of China Communications Construction Co. (CCCC). It is a State-owned entity that leads Xi Jinping’s flagship Belt and Road Initiative (BRI) projects.

Beijing OriginWater Technology Co. was a leading firm and its owner, Wen Jianping had even made it to the Forbes magazine’s list of China’s richest people in 2018. But Xi’s policies of restricting financial risk and backing out of big-ticket infrastructure projects in collaboration with private firms led to the private company going downhill.

So, Xi’s CCP is consuming some of the biggest Chinese private firms, along with a number of small private businesses and startups. And now, the Chinese President is focussing all his energies on the private tech sector led by Jack Ma’s Alibaba.

And this time around, Xi’s methods of cracking down on private firms is far more brutal and straight forward. He has pressed the State Administration of Market Regulation (SAMR), China’s market watchdog into service. Vindictive “antitrust” probes are being launched into deals involving tech giants. Also, an IPO worth $35 billion involving the Jack Ma-led Ant Group Co. was torpedoed by the CCP.

Read More: Xi Jinping vs Jack Ma is a war that cannot be overlooked because it can bring China to its knees

Also, Xi Jinping is pushing SOEs to invest in tech segments like artificial intelligence and data centres, in which Alibaba and Tencent are China’s leading enterprises.

What Xi is doing is a manifestation of the typical Chinese Communist trait- encourage the private sector to grow big and then harvest private enterprises, after they have peaked in terms of growth. China’s private tech enterprises are too big for Xi to tolerate and now he is preparing for a major crackdown.