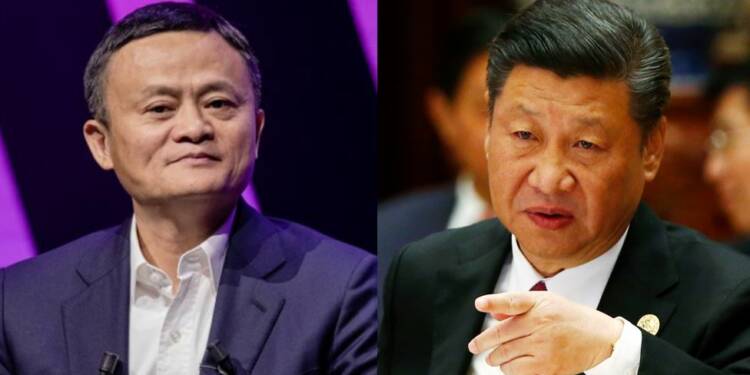 China’s President Xi Jinping seems to be growing increasingly insecure of private tech companies. He has already cracked down on the biggest Chinese tech entrepreneurs led by Alibaba founder Jack Ma. And now the Chinese President is making sure that China doesn’t witness the rise of another Jack Ma.

As per the Chinese State media, China’s former Finance Minister Lou Jiwei has hinted that the Communist nation could restrict the number of banks a single fintech platform can partner with. The object is to prevent any fintech platform from becoming a behemoth and securing a sizeable share in China’s massive market. Xi has already expressed displeasure towards fintech platforms. And now it seems that he is going to nip them in the bud.

Xi Jinping’s crusade against fintech platforms might have started at some time in October when Ma described China’s financial regulation as outdated and badly suited for upcoming fintech solution companies like Ant Group Co.

Ma’s fair criticism did not go down well with Xi, and in November, the Xi administration abruptly halted a planned $37 billion stock listing by Alibaba’s Ant Group, that was set to be the world’s largest.

The focus of Xi’s campaign to purge the private tech industry is however being legitimised by sheer propaganda against fintech companies. On Friday, the Chinese Communist Party (CCP) mouthpiece Global Times even published a short comment that squarely blamed Chinese youth for the Communist nation’s debt crisis.

In a nutshell, Global Times blamed internet loans for eroding financial discipline in China’s youth and triggering a huge debt crisis. With this, Xi Jinping actually wanted to send across a message- the CCP will not let fintech platforms function.

Now, Jiwei, who remains influential in Chinese strategic circles as the External Affairs Director at a top advisory body to the Chinese government, has also warned that an oversized fintech platform can lead to bad debts.

He added, “We can limit the number of banks that any single platform can work with, so as to let more platforms do similar businesses under the same conditions.” Jiwei made it clear that fintech platforms should not be allowed to grow to the point of “winner takes all” and “too big to fail”.

Xi is an insecure leader. He doesn’t trust anyone and presently, he seems to be growing extremely wary of Jack Ma- one of China’s most successful tech entrepreneurs. Xi is going out of his way to ensure that the Alibaba founder is not allowed to become any more influential. At the same time, Xi administration also wants to ensure that no new entrepreneur comes up with a brilliant fintech platform and becomes yet another Jack Ma clashing with the Chinese President’s fragile ego.

Pakistan has two options, a civil war or an economic war. It is most likely to choose Civil war