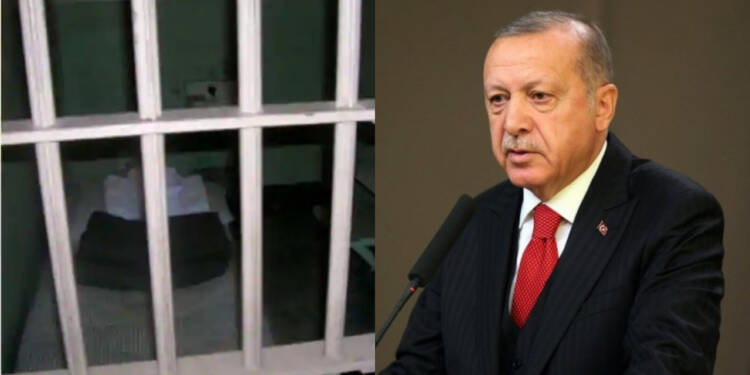 After trying to replace the Saudis from the paramount position in the Middle East and failing miserably, Erdogan is angry and is doing what a despotic and bad-tempered ruler does when he faces defeat, punishing its own citizens and even children for ‘alleged’ insults. A record number of people including children have been prosecuted for insulting Turkish President Recep Tayyip Erdogan, reports Al Arabiya.

According to the statistics as provided by the Turkish Justice Ministry, a total of 128,872 probes were launched over six years for “insulting” the President, out of which prosecutors have evaluated 36,066 complaints and launched criminal cases for 11,371 of them, in 2019 alone, the report added. These details are nothing but a reality check for the people who still believe that Turkey is the same country which Kemal Atatürk had strived for and imagined. The country is failing in every regard and now the wannabe caliph is finding new ways to make the life of the same people who elected him more miserable.

The most disturbing part of the report is that 903 minors, including 264 children aged between 12 and 14, have been taken to trial for allegedly “insulting” Turkish President Recep Tayyip Erdogan over six years. There has been a substantial increase in the number of cases filed for “insulting” the President during Erdogan’s tenure, which can be seen as a specific example of the changing political alignments in Turkey. We can expect that the country will not be a well functioning democracy till Erdogan remains in power.

Turkey would have come to realise that it was punching far above its weight by creating too many enemies for itself including France, Russia, the US, the Arab World, and Israel.

Now, Erdogan is silently backing out of the many conflicts that he has waged all over the Middle East and beyond. He is losing it right, left and centre, and with his actions against the mere allegation of insult is just an example; the days to come can be more intense as the whole world has ripped Erdogan apart and he has become the worst dictator who has been shamed in full view.

Read more: US sanctions make Erdoğan finally kneel as he softens his stand against France, Israel and withdraws from Syrian conflict zones.

Those convicted of insulting the President can be imprisoned in the Erdogan-led Turkey between one and four years. The sentence is likely to be increased by one-sixth if the act is committed explicitly and the intensity of this punishment may very well increase in the coming future.