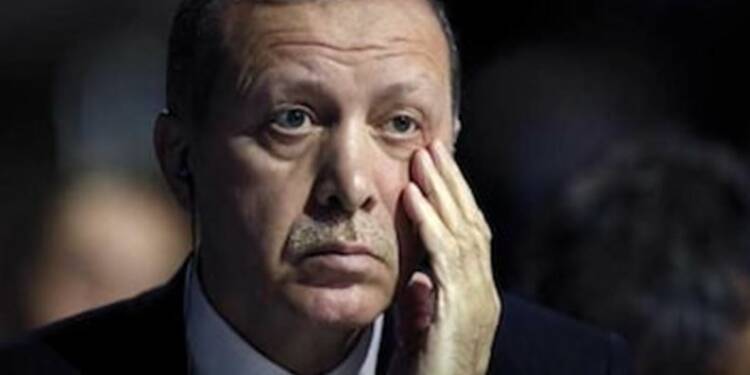 Turkish President Recep Tayyip Erdoğan was becoming a nuisance for the entire Middle East and other global powers like Russia, France and the United States of America. But a single decision by US President Donald Trump has put the wannabe Caliph in his place.

The White House has imposed severe sanctions on Turkey, for purchasing Russia’s S-400 missile system. And now, Ankara is withdrawing from Syria, dialing down diplomatic aggression against France and also extending the olive branch to both Israel and the Arab world. Turkish President Erdoğan, who is already finding it hard to handle a crippled Turkish economy, seems to have learnt his lessons after the US imposed tough sanctions against Ankara.

As for Israel, Ankara has decided to mend its relationship with the Jewish nation. Now, Turkey is looking to appoint its first Ambassador to Israel in over two and a half years. And sources say that Turkey has chosen a Jerusalem-educated diplomat for the big job. Clearly, Erdoğan is trying to mollify Israel here.

The reports of Ambassadorial appointment are rather surprising given that Erdoğan was staunchly opposed to normalisation of ties between Israel and the Arab world under several Abraham Accords.

Erdoğan had even said, “I gave an order to the foreign minister. I said we could suspend diplomatic relations with the Abu Dhabi administration or withdraw our ambassador,” after the UAE normalised its ties with Israel. Now, by appointing an Ambassador to Israel, the Turkish President is looking to soothe American allies in the Middle East- Israel and the Arab world.

When it comes to France, Erdoğan was, of course, pushing political Islam and went as far as calling French President Emmanuel Macron names. But now Erdoğan has suddenly made an attempt to reduce diplomatic tensions with Paris.

Now, Turkish Foreign Minister Mevlut Cavusoglu has offered to normalise ties with Paris provided France changes its position on Turkish military operations in Syria. But how does that make any sense? Wasn’t Erdoğan criticising France only because Macron was cracking down on Islamist elements? Now, it suddenly seems as if military conflict in Syria was the real issue between France and Turkey.

Erdoğan no longer intends to weaponise political Islam against Paris. Turkish economy is already looking at a bleak future under the weight of American sanctions. And the last thing that the Turkish President wants is to have France use its influence in the European Union and impose EU sanctions on Turkey. Erdoğan knows that Macron’s standing within the EU is rising and once Merkel retires from active politics next year, the French President will become the tallest EU leader.

Syria is toning down aggression on the battlefield too. As per reports, Turkey is believed to be quickly pulling back troops from observation posts in Syria’s northwest Idlib province. Turkey had recently started withdrawing troops in the region owing to prolonged attacks by Russia-backed regime forces and Iran-backed militias who are trying to establish control over the highway connecting Aleppo and Latakia provinces.

Now, Turkey has stepped up withdrawals in the region with the growing likelihood of the Assad regime launching a major offensive. In the past, Turkey had remained reluctant when it came to abandoning contested observation posts in Idlib. But the strategic value of these posts for Turkey is depreciating quickly.

Ankara knows that its troops in Idlib can come under intensified attacks from Russia-backed forces, Iranian militias and Assad’s troops. Also, if any kind of violence erupts in the region, Turkey could again find itself getting hammered with more sanctions from the Western world.

Turkey would have come to realise that it was punching far above its weight by creating too many enemies for itself including France, Russia, the US, the Arab world and Israel. Now, Erdoğan is silently backing out of the many conflicts that he has waged all over the Middle East and beyond. For a better part of the year, Erdoğan seemed like a relentless war-monger but a single decision by the Trump administration has compelled the Turkish President to chicken out.