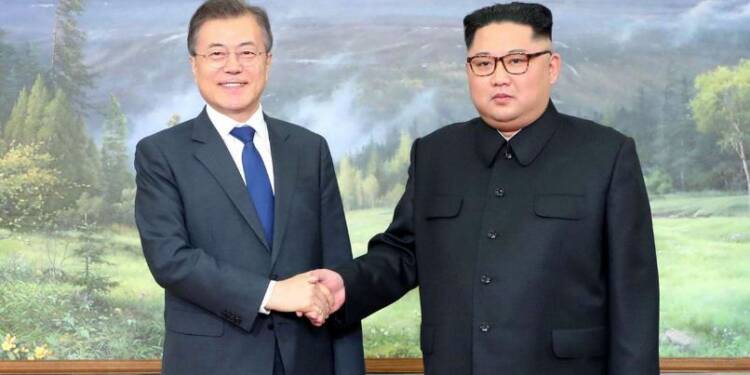 In a strange turn of events that truly epitomizes what the year 2020 has been all about, North Korea is pestering its neighbor South Korea to develop tourist sites so as to accelerate the economic wheel that has come to a standstill in the authoritarian country due to the double whammy of UN sanctions and the perils of a global pandemic.

During a trip to the Diamond Mountain resort, North Korean Premier Kim Tok Hun “stressed the need to build the tourist area our own way in which national character and modernity are combined while in good harmony with the natural scenery,” the Korean Central News Agency reported.

The news reports further stated that North Korea aims to turn the mountain area into “the one well-known for serving the people and a cultural resort envied by the whole world.” It is being reported that Kim and other officials discussed the design and construction of “a world-level hotel, golf course, skiing ground,” all in the resort.

It is imperative to note that during past rapprochement, North Korea had operated a joint tour program at the mountain with its rival South Korea for about 10 years before it was suspended following the shooting death of a South Korean tourist there in 2008.

Although the resort is away from the Chinese borders, the fact that North Korea did not even consult or ask its Chinese masters to fund the project speaks volumes about the state of affairs between the two rogue nations.

As per a WSJ report, North Korea’s economy has been ravaged by COVID-19 restrictions. Till now, Beijing sustained North Korea’s isolated economy. But the global backlash following the Wuhan virus outbreak has impaired the Chinese economy’s ability to sustain another nation. China-North Korea trade has slid by 75% this year.

According to data from China’s customs office, North Korea-China trade withered to below $1.7 million in October- a 99 per cent decline for the month compared to last year. Worst hit is North Korea’s exports of wigs, watches and shoes to China. An official at the Seoul-based Korea International Trade Association said that Chinese exports of food and medical equipment to North Korea also came to a grinding halt in October.

North Korea has not confirmed any coronavirus infections, but South Korea’s National Intelligence Service (NIS) has said an outbreak there cannot be ruled out as the country had trade and people-to-people exchanges with China – the source of the pandemic – before shutting the border in late January.

The crippling health infrastructure of the communist country cannot handle an outbreak and thus Kim Jong-un has turned to a reciprocating South Korea to build his crumbling economy from the ground up.

The South Korean President, Moon Jae-in has previously said that South Korea will seek to advance Donald Trump’s legacy regarding the denuclearisation of North Korea. “I will do my utmost to make sure the precious achievements made together under the Trump administration be well succeeded and further developed by the next government.” Moon had said.

Read: South Korea is warming up to North Korea because it fears Biden’s policy could benefit China

Although Moon will be a tad hesitant to give his nod to the Resort project due to the UN sanctions but it seems like some solution could be reached in the near future. Meanwhile, China must be seething through its teeth that its proxy power is quietly slipping from its hands.