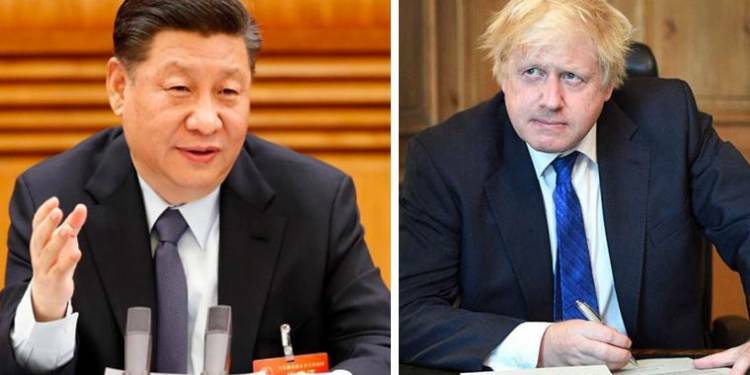 With a new strain of coronavirus affecting people in the UK, more than 40 countries have banned UK arrivals. Major economies, fearing the concerns of the spread of a new strain of the virus, have shut down their gates to people arriving from the United Kingdom. But so far China has not halted air travel between the two countries and its decision to not do so has evil connotations.

Since the pandemic, China, which has been at the epicentre of it all, has been trying to dissuade the world from the fact that the Coronavirus did not originate in Wuhan. While it is undisputed that the virus did come from China, the CCP is pushing different narratives ranging from blaming the American Soldier from Fort Detrick in Maryland to blaming Italy, pointing fingers at the packaging of frozen food imports, and then shifting the blame on India and Bangladesh. But this time, China is playing its cards by not halting air travel even though the threat of the new strain is real but China is still pushing for a narrative change and this time it is biding its time.

China is on high alert but has not suspended direct flights to Britain, where in recent weeks a new strain of coronavirus has triggered an outbreak of Covid-19. Over thirty countries have suspended flights with Great Britain, including Hong Kong. China has so far not restricted the two countries’ air travel.

Feng Zijian, deputy director of the Chinese Center for Disease Control and Prevention on Monday evening on national TV stations, said that in no testing of individuals, products, or merchandises entering the country had the latest strain of the genome has been discovered.

Feng said that Chinese researchers paid close attention to scientific organizations in the UK and Europe and reiterated the need to be cautious in the face of impending risk. He said: “We need to pay close attention to the transmission situation of this [new strain of the] virus in Europe and Britain, and also need to take our supervision of our protection measures to a higher level,”

When asked about the COVID-19 outbreak in Britain Chinese Foreign Ministry spokesman Wang Web in said “We will assess the situation carefully and handle it properly in a science-based manner to ensure sound and orderly flow of people between China and other countries,”

The WHO cautioned that countries should “redouble” their effort to contain the virus. The WHO also noted that preliminary evidence showed the new strain was more infectious than ones previously circulating but said there was so far little evidence that it caused a more severe illness.

WHO emergencies chief, Mike Ryan said in an online briefing that countries putting travel restrictions in place were showing “the highest amount of caution”. He added: “We have to find a balance. It’s very important to have transparency, it’s very important to tell the public the way it is, but it’s also important to get across that this is a normal part of virus evolution,”

China along with the WHO has been criticized for its inability and lack of quick actions to tackle the virus in Wuhan effectively to contain it. The first registered case of coronavirus was picked up in Wuhan, and since then countries like Thailand, Japan, South Korea, France, the United States, and Canada among others have reported their first registered cases had a travel history of visiting China.

Therefore, with the new strain of virus originating in Britain, China now has a perfect ploy to try and change the narrative. If the new strain mitigates to other countries including China, the UK will become the new epicentre of the China virus, and it is what China is hoping for by not restricting flights from the UK. Having been blamed rightfully so for the pandemic, the new strain that has developed in Britain has given China hope that for the first time it can play the victim card.